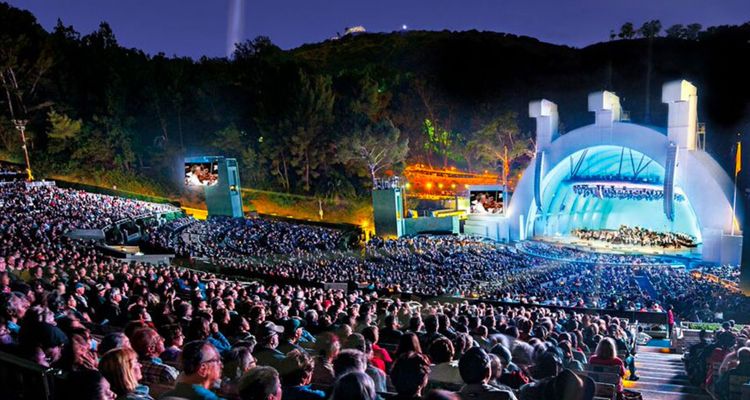 Comedian Dave Chappelle was attacked when a man rushed on stage. Chappelle’s security detained the man, but he should have never made it onto the stage. “The safety of our artists, visitors, and staff is the LA Phil’s top priority,” the organization said in a statement made on May 5. “We are reviewing our existing procedures both internally and with the assistance of outside experts so we can continue to provide a safe and secure environment at the Hollywood Bowl.”

“We have implemented additional security measures, including an increased number of security personnel on-site to assist with bag checks and other security procedures. We continue to cooperate with authorities in their ongoing investigation,” the statement concludes.

Lee suffered a broken arm and facial injuries during the on-stage struggle with members of security. He was arrested on suspicion of felony assault with a deadly weapon after police confirmed he had a replica gun with a knife blade. At the hearing on Friday, attorneys for the defendant say he did not brandish the weapon at any time, despite possessing it.

What are the charges against the suspect in the Dave Chappelle Hollywood Bowl attack?

In a press release on Thursday, Los Angeles City Attorney Mike Feuer said he is charging Isaiah Lee with battery, possession of a weapon with intent to assault, unauthorized access to the stage area during a performance, and commission of an act that delays the event or interferes with the performer. If convicted on all counts, Lee could face up to 18 months in county jail.

Dave Chappelle was performing a comedy routine as part of the Netflix is a Joke Fest. Chappelle finished his act and was exiting the stage when the man jumped onto the stage, tackled him, and pointed the replica gun at him. Security intervened and the man was ultimately detained and arrested.