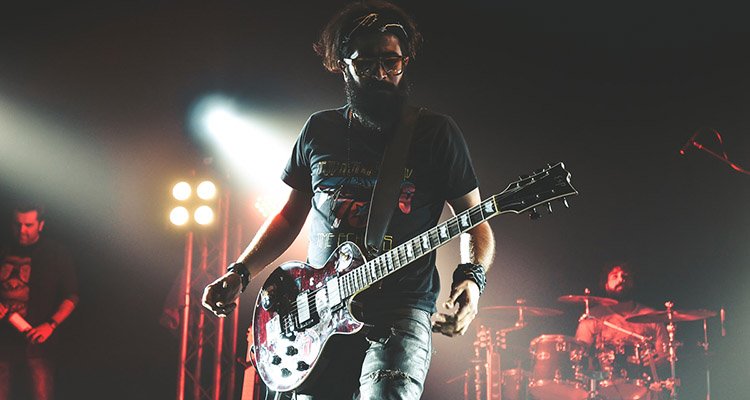 Are you leaving money on the table as an artist, producer, songwriter, label, or publisher? Mismanaged metadata is one of the biggest problems plaguing indie artists and the broader music industry today — but it doesn’t have to be. Now, solutions like Session are finally tackling the metadata headache and dislodging billions in missing royalties.

In a nutshell, metadata is all the underlying information tied to any released song or album. That includes everything from song titles, songwriter cuts, producer names, publishers, the record label, and more. Think of it as all the info printed on the CD or vinyl jacket if you’re a physical music lover, but expanded into a digital repository that can travel anywhere.

Missing, incomplete, or incorrect metadata has been a serious music industry headache for decades. However, there’s now hope that these issues will eventually be resolved, thanks to new solutions like Session, a company intently focused on fixing this billion-dollar riddle.

A song’s information needs to be synchronized across digital streaming providers like Apple Music and Spotify, as well as critical industry sectors like performance rights organizations (PROs). Metadata ensures that the right people are identified, credited for their work, and paid their royalty share. But often, that metadata isn’t transmitted correctly – or at all.

While some standards exist for how music metadata is collected, organized, and displayed, compliance with those standards is often lax. There’s also no standard way to verify the accuracy of a song’s metadata before it is released. And even minor entry details can cause serious crediting and payout problems, with small typos or changes in translation submerging correct data forever.

There are three main types of music metadata – descriptive, ownership/performing rights, and recommendation metadata. Let’s take a quick look at each of them.

This type of metadata is the oil that makes digital service providers work. Spotify can serve up a playlist full of ‘Red Hot Chili Peppers’ music based on a variety of descriptive metadata provided by the band to the label.

The artist or band performing on a track isn’t the only song owner or contributor. The performing artists, lyricists, producers, songwriters, and more may all claim a share of revenue generated from digital streams, airplay, and movie sync placements. Ownership metadata can specify the contractual agreements behind the release for the purposes of these royalty calculations.

Ownership metadata ensures that every party participating in the track or album creation process is remunerated according to their contract. Splits like this can be extremely complicated in the music industry. It’s one of the most commonly litigated issues in music law, and it is often a result of bad metadata.

Ownership metadata errors hurt the artists’ pocketbook the most. A human error or database glitch can result in thousands of unpaid, unclaimed royalties. Corrupted ownership metadata robs artists and musicians of money and credit for their creations.

Recommendation metadata is more subjective than the previous two types. Think of mood labels, genre tags, and song similarity scores to help algorithms rank songs among playlists. This type of metadata is used to make connections between music that a listener may enjoy based on previous listening habits. It’s the secret sauce that powers music discovery on DSPs like Apple Music and Spotify.

Despite the importance of entering metadata at the point of creation (for example, the recording studio), the chore of keeping track of data is one of the last things on most creators’ minds.

But without an accurate record of the session, someone is leaving money on the table. So how do you track who did what when writing a song while in the moment? What about share splits? Does everyone agree on the contributions?

Session, a company that builds collaboration tools for creators, co-founded by songwriter and producer Max Martin, ABBA member Björn Ulvaeus, and songwriter, producer, and publisher Niclas Molinder, approached the problem by simplifying the process of capturing the data as it happens.

The Session platform uses standard industry identifiers in a single location and makes sending metadata downstream to rights holders and other relevant participants a more straightforward process. Session is embedded within digital audio workstations (DAWs) to capture authoritative song information and data at the point of creation.

“I had the great opportunity and great honor to run this company and my initiatives together with Max Martin and Bjorn Ulvaeus of ABBA,” Session’s Niclas Molinder told Digital Music News. “So the three of us, we teamed up almost six, seven years ago when I came up with the idea of developing a platform that allows the creators, in an easy way, to just capture information about who’s doing what, where and when, on a song.

“Because my goal has been, if we only can make sure that we identify everyone that’s involved, we can sort out splits, we can sort out any other kinds of disputes as long as we know who the people are.”

Session Studio is the company’s app-based collaborative solution. It allows musicians to collaborate with other creators while keeping lyrics, audio, and credits in sync between everyone involved. It can synchronize with leading music production software, and shares verified data with labels, publishers, and managers. Session Studio also captures information on who contributed what during a recording session so everyone can agree on their splits.

The end goal is to capture unique creator identifiers to ensure that everyone gets paid with 100% accuracy. Session’s apps enable users to digitally send accurate data downstream to the music ecosystem, creating a solid, verified data-collection hub. Earlier this year, Session and Digital Music News joined forces to broaden awareness of metadata solutions, as well as industry-wide initiatives like Credits Due.

Credits Due: The mission to standardize accurate metadata collection at the point of creation

Collecting 100% accurate metadata from start to release is critical to fixing the metadata problem. Otherwise, artists, musicians, and other collaborators are simply leaving royalties on the table. Initiatives like Credits Due, which is strongly backed by Session, aim to make sure artists capture accurate metadata at the point of creation. Too often, music recordings and songs are simply not linked with the proper metadata.

Credits Due is the result of The Ivors Academy of Music Creators and The Music Rights Awareness Foundation working together. They aim to increase knowledge of music rights through education and support. Credits Due enables music creators to be aware of how they should be credited fairly for the music they share with the world.

Solving the metadata problem at the point of creation has enormous benefits for the music industry as a whole. It avoids the pain of missing and inaccurate income, which can take years to arrive. It also avoids the added cost and inefficiency of sorting out royalties and splits after the track’s release.

Metadata problems can also lead to restricted experiences on digital music services. Spotify and Apple Music are less likely to feature a song with their proprietary recommendations metadata if the songs lack any objective metadata. All of these issues hurt creators, publishers, DSPs, music societies, and fans by making music less accessible than it should be.

How to Get Started With Session

The Session Studio tool is the best place to start to make sure all five of these key data points are gathered during music sessions. Creators can access Session Studio for free on the web, mobile and desktop. Downloading Session Studio on the desktop app enables integration with the most popular DAWs on the market. Additionally, the service is connected with some of the most prominent music societies in the world, so creator identifiers will be verified upon account creation.

“From that moment on, when you use Session Studio, when you go into any kind of collaboration creating a song, Session will make sure that you get identified and the registration will be correct in the end. So you will be credited, and most importantly, you will be paid if there’s any money to be received,” Molinder added.

Molinder further explains that after Session Studio is set up, it’s just a simple act of scanning a QR code inside Pro Tools or Logic. “Just by doing that, we automatically capture all the five to eight data points about you, linked to the role you have on that song,” Molinder notes. But Session isn’t a database; it’s a data hub that makes gathering data and forwarding that metadata downstream into a standardized process.

“It gets very complicated,” Molinder continues. “And how can we expect the creators in the studio to know about this? We should not expect that. What we should do is use technology, like Session, for them to just scan in and make sure that the links are made at the point of creation and are pushed downstream, and that’s what Session is doing for creators.”