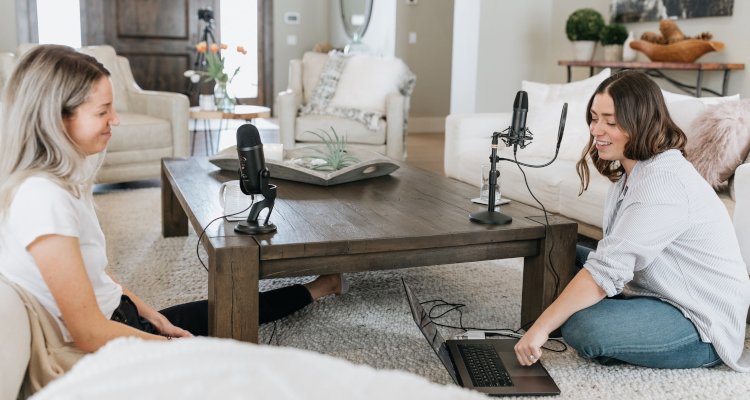 YouTube is beating Spotify in podcasting despite the billions that the Stockholm-based company has invested in content and technology, according to a new study.

Radio-station operator Cumulus Media (which generated almost $32 million from digital during Q1 2022) and Toronto-based audio-research firm Signal Hill Insights just recently revealed this and other telling stats in their Spring 2022 Report on podcasting.

The entities enlisted London-headquartered “experience & insights platform” Maru Group’s MARU/Matchbox division to conduct the underlying survey, in which 604 individuals aged 18 or older participated. Members of this “nationally representative sample” said that they spend at least one hour per week listening to or watching podcasts, organizers specified.

On the latter front, the Spring 2022 analysis marks the eighth overall podcasting report from Cumulus as well as the first breakdown that enabled respondents to qualify by “watching” podcasts. 90 percent of the surveyed persons relayed that they had “listened to podcasts in the last week,” whereas the remaining 10 percent stated that they had “only watched podcasts” during the prior seven days.

The point is significant, for 38 percent of the respondents “who prefer podcasts with video” most commonly use YouTube to enjoy the media, against 19 percent for Spotify, which in April opened up video podcasts in “select markets.”

Eight percent of participants chose third-ranked Apple on the same list, and those who use YouTube for podcasts said that they spend an average of 55.5 percent of viewing time actually watching the video at hand.

Building upon the stats, a combined total of 57 percent of weekly podcast consumers prefer to listen to podcasts while watching their video either in the background (29 percent) or directly (28 percent), the study shows – up from a total of 43 percent in October of 2021.

This podcasting pivot towards video (and, in turn, YouTube) is being driven by “podcast newcomers” who began listening during the past year, according to the report, with a full 64 percent of the persons preferring to play video in the background (31 percent) or while actively watching (33 percent).

Just 36 percent of these podcast newcomers said that they listen to audio exclusively, sans video. On the other hand, 48 percent of “podcast pioneers,” defined as those who jumped on the podcast bandwagon at least four years back, solely listen to podcasts’ audio, against 54 percent audio-only listening for “heavy podcast listeners” (those who consume at least six hours’ worth of podcasts per week).

Lastly, in terms of the evolving podcast-listenership landscape, YouTube managed to top Spotify as the platform that respondents utilize “the most to access” their preferred programs, as mentioned at the outset.

Excluding the persons who solely access podcasts via video, 24.2 percent of survey participants communicated that YouTube is their go-to platform, against 23.8 percent for Spotify and 16 percent for Apple. From October of 2021, YouTube added 5.2 percent to its total, whereas Spotify grew by 3.8 percent and Apple decreased by an even four percent.

Including the video-only podcast enthusiasts, 25 percent of surveyed persons said that they most often use YouTube for their programming needs, compared to 23 percent for Spotify and 15 percent for Apple, which has parted with 11 percent of its share since July of 2019.

Other interesting takeaways from the podcasting report include:

The report states that 64 percent of weekly podcast listeners mostly use Apple (16 percent), Spotify (24 percent), or YouTube (24 percent) to access programs – up from a cumulative total of 55 percent in July of 2019.

During the same stretch, Apple’s share fell by 10 percent, while the shares of Spotify and YouTube grew by about 10 percent apiece.

43 percent of weekly podcast listeners said that they are very likely (24 percent) or somewhat likely (19 percent) “to attend a live event for your favorite podcast in the next six months,” rendering the space’s programs closer yet in character to the comparatively lengthy talk shows of old.

The Intersection of Podcast Listeners and Video-Streaming Service Users

94 percent of weekly podcast listeners “used a video streaming service in the past month,” according to the analysis, including 80 percent specifically for Netflix. Amid the rise of video podcasting, Netflix is reportedly preparing to add live content to its library.