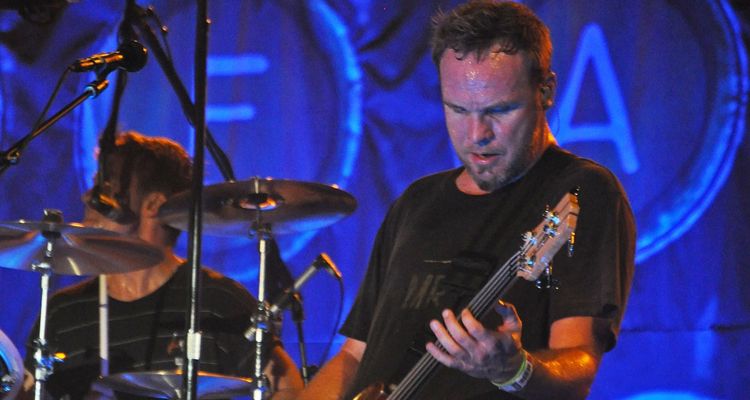 The affected dates include a May 18 show at the Golden 1 Center in Sacramento, California, and a May 20 concert at the MGM Grand Garden Arena in Las Vegas, Nevada.

“This is horrible for everybody involved and we are especially sorry to those out there who have made plans to attend these shows,” the band wrote in their statement on social media. “Our attention to staying inside the bubble has been constant. We have truly done all that we could have to remain clear of infection.”

They continue, “Regretfully, the Sacramento and Las Vegas shows are canceled. Ticket refunds will be automatically processed to ticket holders’ method of purchase. We are so very sorry. Be safe out there.”

The US tour featured several notable moments, including guitarist Mike McCready’s performance of Eruption in tribute to Eddie Van Halen and a tribute to the late Foo Fighters drummer, Taylor Hawkins.

Pearl Jam still has plans for their European tour beginning June 18, with shows in cities including Berlin, London, Stockholm, and Paris. After their Amsterdam show on July 25, the band will take a short break before another string of North American shows beginning September 1.

A high school student stepped up for the chance of a lifetime to play drums for Pearl Jam at its last Oakland concert. Kai Neukermans said he knew it was a long shot, but he texted Eddie Vedder’s daughter that he’d love to play. “I went to bed and forgot about it,” he says. “And the next day I went to school and in the middle of class Olivia texted me to send her a video of me playing a Pearl Jam song because they were taking submissions.”

Kai shares that he immediately left to record a demo with his music teacher. When he got the good news, he says his heart was going wild. “My heart started beating really fast, I called my dad and he said he nearly had a heart attack.” Kai already plays in a band called The Alive with a friend and his 14-year-old brother. Kai says he listened to the Pearl Jam song “Mind Your Manners” and played it to prepare for the role.

“It was crazy seeing these super talented musicians in front of me, they were having so much fun,” he laughs. “It was crazy, I can’t even explain the feeling.”