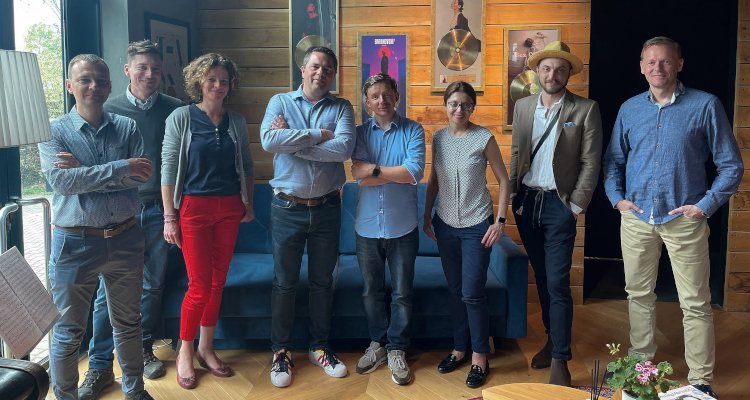 Warner Music formally unveiled the investment – albeit without disclosing the financial specifics thereof – today. Under the pact, the major label and the hip-hop-focused promoter are poised to coordinate on the launch of “new festivals” and the expansion of existing Big Idea happenings like Yass! Festival and Warsaw’s Clout Festival.

The 2022 edition of the latter is set to kick off in July, and ahead of this return, WMG and 10-year-old Big Idea are likewise expected to bolster the promoter’s “merch business and booking operations, as well as developing its NFT-powered Live Entertainment Ecosystem.” Of course, the EMP Merchandising owner Warner Music has deals in place with all manner of NFT startups, besides “digital collectibles” platforms and related businesses.

In a statement, Warner Music Poland managing director Adrian Ciepichał noted the perceived impact that the play will have on Polish artists and the hip-hop community in the nation of roughly 38 million residents.

“We’re always looking to do more for our artists and this deal will enable us to do just that,” said the former Tidal and Universal Music Group exec Ciepichał. “We’re going to collaborate with BIG Idea to pour rocket fuel on the success of individual artists and grow the wider local hip-hop scene. I’m looking forward to welcoming new artists to our local roster and helping them find a wider audience in Poland and internationally.”

Building upon the point, Warner Music acknowledged that the union “will see some two dozen acts either sign directly with, or be distributed by, Warner Music Poland,” for Big Idea likewise operates “a growing artist and booking management side of the business.” This management division’s clients include White Widow, NOON, Rizi Beizeti, Vkie, Young Multi, and Yung Adisz.

Regarding WMG’s broader efforts to establish a greater presence in emerging hip-hop markets, Q4 2021 alone saw the HipHopDX parent roll out Atlantic Records Germany (which is “dedicated to discovering and promoting German hip-hop”), Atlantic Records Benelux (also geared towards hip-hop), and Asiatic Records (an “Asian label dedicated to supporting the best hip-hop and rap talent from across the region”).