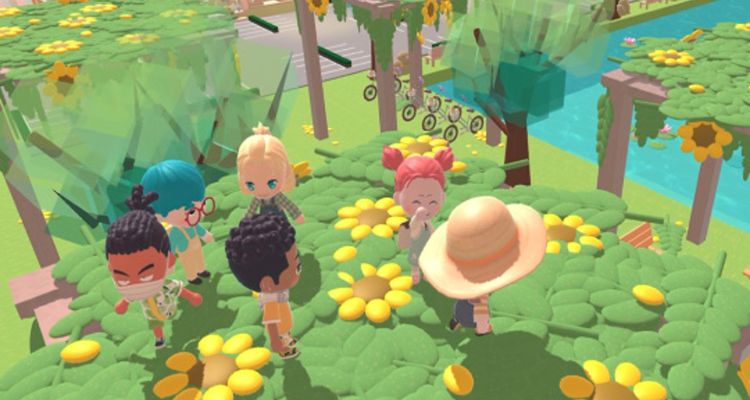 The Singapore-based startup secured $36.8 million in three months since it began its second round of funding. BUD has brought in over $60 million combined with its first round of funding, attracting prevalent Eastern-focused investors, including ClearVue Partners, NetEase, and Source Code Capital.

Founded in 2019 by Risa Feng and Shawn Lin, both former Snapchat engineers, BUD enables the creation of cutesy big-headed 3D characters and virtual assets for them to wear, live in, and interact with through drag-and-drop controls without the need for coding knowledge. The app has been in the top 10 social apps across America and Southeast Asia and is currently the top free social app for Android in Thailand and Vietnam.

While the company has yet to share its active userbase, BUD has said its users have created over 15 million custom experiences (virtual spaces with content for others to participate in) since the app launched in November.

Virtual assets that include clothing and accessories users design for their characters have been traded more than 150 million times on the game’s marketplace. Free to use and devoid of ads, it’s little wonder how BUD has gained such traction in its young life.

Platforms like Roblox and Second Life before it have made it easier for anyone to design content in a virtual space without the need for coding knowledge. BUD plans to take the user experience further by introducing a marketplace for non-fungible tokens (NFTs), enabling the reselling of virtual assets by recording their transfer of ownership on the blockchain.

BUD has yet to disclose which blockchain or tokens the NFT project will use but said the marketplace would go live soon.

“While BUD makes 3D content creation possible for mainstream Gen Z consumers, we will continue to bring blockchain to mainstream consumers and allow our creators to truly own and monetize their creations,” says co-creator Shawn Lin.

The BUD team is rapidly expanding, currently consisting of 130 employees across three locations: its headquarters in Singapore, its offices in Shenzhen in China, and offices in the US.