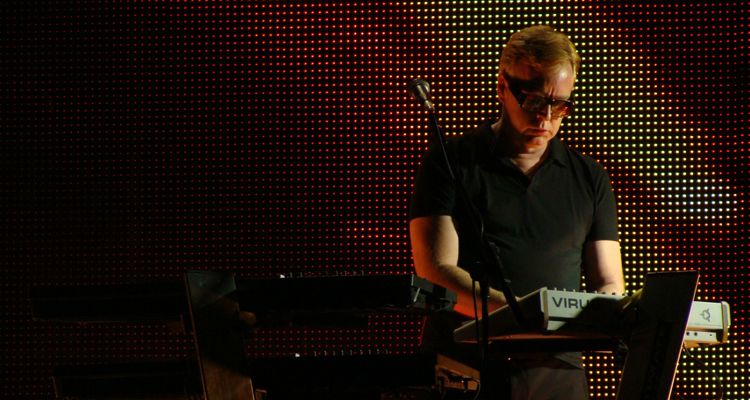 Andy Fletcher, keyboardist and founding member of Depeche Mode, is dead at 60. Fletcher appeared on all 14 of the band’s studio albums and participated in every one of their world tours. No cause of death has yet been made public.

“We are shocked and filled with overwhelming sadness with the untimely passing of our dear friend, family member, and bandmate Andy ‘Fletch’ Fletcher,” Depeche Mode announced. “Fletch had a true heart of gold and was always there when you needed support, a lively conversation, a good laugh, or a cold pint.”

“Our hearts are with his family, and we ask that you keep them in your thoughts and respect their privacy in this difficult time,” the statement concludes.

Depeche Mode found its origins in the late 1970s when Fletcher and classmate Vince Clarke first played music together. With Martin Gore, they soon became the synth group, Composition of Sound, and once they recruited vocalist David Gahan, they renamed themselves Depeche Mode. Clarke departed from the group after their debut album, Speak & Spell (1981), and Alan Wilder replaced him.

The only member of Depeche Mode without a songwriting credit and who did not sing in concert, Fletcher famously quipped about his seeming lack of musical contributions, saying, “Martin’s the songwriter, Alan’s the good musician, Dave’s the vocalist, and I bum around.”

“I definitely said that tongue in cheek,” he later elaborated. “People feel we’re not a rock band; we’re an electronic band. We play layered music. In the studio, we’re a team that work together, and onstage as well. I don’t play a bass guitar, or I’m not a drummer. People typically only understand bands like that. ‘Who’s the drummer? Who’s the bass player?'”

Fletcher wore many hats behind the scenes for Depeche Mode, such as serving as the band’s manager and spokesperson. He once prevented a breakup by settling a dispute between Gahan and Gore in the early 2000s. The Rock and Roll Hall of Fame inducted Andy Fletcher in 2020 alongside the rest of Depeche Mode.