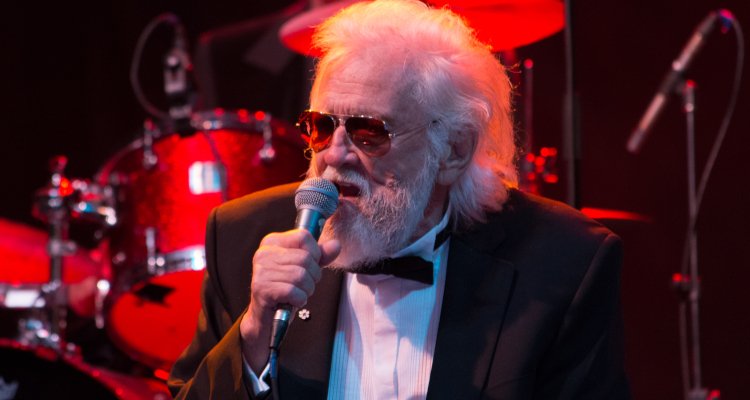 Rockabilly mainstay Ronnie Hawkins has passed away at the age of 87, his family and representatives have confirmed.

Toronto’s The Canadian Press reported on the passing of Ronnie Hawkins, who was born in Arkansas but permanently relocated to Ontario in the mid-1960s. (One of his homes in Canada sat on some 200 acres, the Juno Award winner revealed in an interview.) Hawkins’ wife of 60 years told the Press that her husband “went peacefully” and “looked as handsome as ever.”

While the influential rocker’s precise cause of death hasn’t been publicly identified, Hawkins “had faced various health issues in recent years,” according once again to The Canadian Press. Additionally, Hawkins had previously won (and spoken to the media about) a battle with pancreatic cancer.

Across his decades-long career – during which he released over 25 studio albums – the pioneering moonwalker and his band, The Hawks, released popular renditions of “Mary Lou,” “Who Do You Love?,” and “Thirty Days,” to name some.

Moreover, multiple musicians recruited to The Hawks by Hawkins went on to achieve largescale commercial success, chiefly as part of The Band. (Roy Buchanan, also an Arkansas native, played bass on the aforementioned “Who Do You Love?,” for instance.)

A number of high-profile artists have spoken of The Band’s influence on their own work, and the Toronto-based group has been inducted into the Canadian Music Hall of Fame, the Rock and Roll Hall of Fame, and Canada’s Walk of Fame alike.

On social media, fans and artists are offering kind words and celebrating the legacy of Ronnie Hawkins.

“My heart sank when I heard ‘The Hawk’ just flew into the sunset,” The Band lead guitarist and songwriter Robbie Robertson wrote in part. “The story of The Band began with Ronnie Hawkins. He was our mentor. He taught us the rules of the road.”

“Very sad to hear that Ronnie Hawkins has passed away…it was virtually impossible ever to find anyone who didn’t like Ronnie…I spent some great times with him, listening to his stories and experiences…he could always make you howl with laughter,” penned former The Guess Who vocalist Burton Cummings.

“I haven’t had the mental or emotional bandwidth to process Ronnie Hawkins’s death until now,” said a fan. “I don’t know a lot about him outside of his work with what became The Band, but I know that he blazed trails as a rockabilly artist, and that’s so worth celebrating. #RIPRonnieHawkins.”