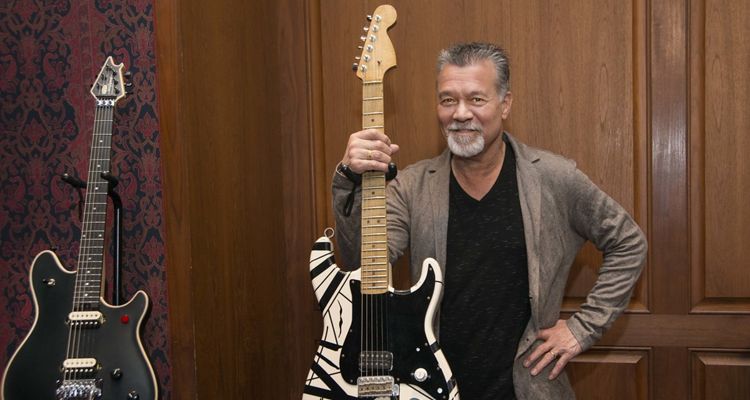 Wolfgang Van Halen has railed against a documentary about his father’s last hours calling it ‘pathetic and heartless.’

He made the comments about a Reelz Channel documentary that will premiere on June 5. “Autopsy: The Last Hours of Eddie Van Halen” is an episode in an ongoing series examining the last hours of famous figures. “Fuck Reelz Channel, fuck everyone that works on this show, and fuck you if you watch it,” the tweet begins. “Fucking disgusting trying to glamorize someone’s death from cancer,” Van Halen tweeted.

Eddie Van Halen’s former wife, Valerie Bertinelli, also added her thoughts about the special. “Good Christ this is disgusting,” Bertinelli adds. Wolfgang played bass alongside his father in their band Van Halen from 2006 onward. Eddie Van Halen passed away in October 2020 at age 65 after a battle with cancer.

“If caught early Eddie’s disease had reasonable survival rates, so what exactly happened?” the show’s tagline reads. “Now renowned forensic pathologist Dr. Michael Hunter will analyze every detail of his life in order to piece together what else may have been going on in his body, ultimately leading to his untimely death.”

Following Wolfgang’s comments, Reelz Channel issued a statement about its Autopsy series. “‘Autopsy: The Last Hours of…’ responsibly explores the circumstances of the passing of well-known and genuinely loved celebrities who the public cares about immensely,” the statement reads.

In 2021, Wolfgang Van Halen released a solo album called Mammoth WVH that included the song “Distance,” a tribute to his father. The tune was nominated at the 2022 Grammy Awards for Best Rock Song, but lost out to Foo Fighters. Wolfgang told Variety in a recent interview that his father was able to hear the song before he passed.

“He cried when he first heard it,” Wolfgang shares. “It was a really special moment that I’ll never forget.”