Microsoft Is Building a Music Vault in Norway to Preserve Music for 10,000 Years 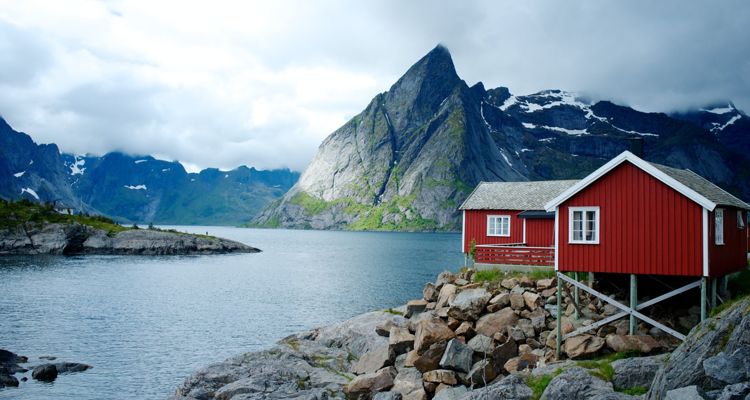 Microsoft is helping to build a Global Music Vault to preserve music for over 10,000 years.

Computer hard drives only last for about five years before they start failing. Cassette tapes can last around ten years before they start to deteriorate, while CDs and DVDs may net you close to 15 years. So what if you want to store music for 10,000 years? The Global Music Vault is just that, built into the same mountain in Norway that houses the Svalbard Global Seed Vault.

“here, master music files and irreplaceable music data are to be preserved in music capsules, protected in the vault, and remembered for eternity,” says the Elire Group, who is overseeing the vault in partnership with Microsoft. They’re working on testing a new glass-based storage medium to help preserve music beyond the life of vinyl, CDs, or computer hard drives.

The fragility of our storage mediums has become enormously apparent in recent times. A fire in 2008 at Universal Studios Hollywood destroyed as many as 175,000 master recordings for UMG artists. Microsoft hopes its glass-based storage medium may be a more reliable way to store data than hard drives.

Called Project Silica, the idea is to create a ‘glass’ hard drive that operates like a real CD. It’s a 3″ x 3″ platter that can hold up to 100GB of digital data, or roughly 20,000 songs in a stable state forever. So how does the process work for creating this stable storage medium? 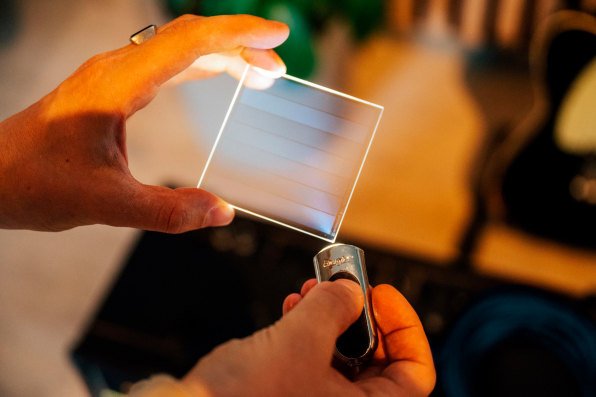 Microsoft starts with quartz glass that features a symmetrical molecular structure. That makes the glass more resilient to high temperatures and glass. Using a femtosecond laser, Microsoft etches information as 3D patterns into the glass. One the data is stored, another laser reads the quartz as machine learning algorithms translate the pattern back into music, movies, or any other digital information.

“The goal is to be able to store archival and preservation data at cloud scale in glass,” says Ant Rowstrong, Engineer and Deputy Lab Director at Microsoft Research in Cambridge. Microsoft estimates that these specialized glass platters could last as long as 10,000 years.