Is Streaming Plateauing? Not One Bit, According to Hipgnosis CEO Merck Mercuriadis 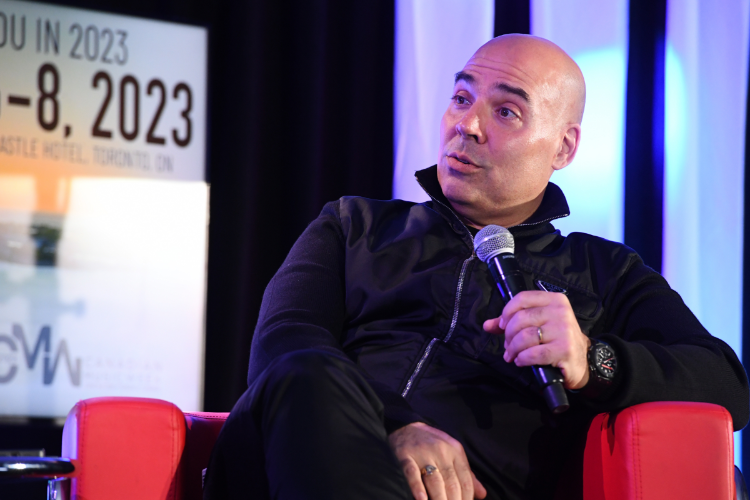 Is music streaming reaching subscriber maturity? Not according to the bullish Merck Mercuriadis, who outlined aggressive streaming growth projections on Thursday.

There are more than 550 million paying music subscribers worldwide, according to estimates from MIDIA Research. Of that, Spotify claims 182 million, according to the company’s latest disclosures. But how many more paying subscribers are out there?

According to Hipgnosis Songs founder and CEO Merck Mercuriadis, more than 1.5 billion people have yet to initiate paid music streaming accounts. In a keynote discussion at Canadian Music Week in Toronto on Thursday, Mercuriadis rattled off some bullish projections over the next 10-15 years.

“When I presented [the Hipgnosis] investment case to the financial community, I told them that this was going to be a great way to make money, because Spotify and streaming was going to go from having 30 million paid subscribers to having 100, 200, 300, 400, now we’re at 500 million,” Mercuriadis relayed.

That’s bullish stuff, which is unsurprising coming from Mercuriadis. In jaw-dropping style, Hipgnosis has plowed billions of dollars into high-profile music catalogs, often at 20x+ valuations requiring an elevated level of optimism (and moxie) to execute. It also requires a very strong belief that streaming music platforms will retain their current subscriber bases and aggressively grow them in the future.

But what about the music industry’s hand-wringing over the ‘streaming plateau’ and ‘post-streaming’ monetization problems? During the most recent quarter, Spotify tacked on a modest 2 million subscribers from 2021, albeit with 1.5 million subscribers purged from Russia. That suggested a possible slowdown, with high-dollar markets like the United States and Western Europe potentially reaching their saturation points. That is shifting the focus towards emerging markets like Africa, India, and Latin America — all of which offer less revenue per user (or ‘ARPU’).

But when asked whether streaming growth is leveling off, Mercuriadis offered a far different analysis. “I’m quite certain it’s not the case,” Mercuriadis told Digital Music News. “You’ve probably seen Spotify’s Investor Day yesterday in which they were quite bullish that they’ll have a billion users themselves by the time you get to 2030.”

Which brings us to the Spotify problem.

“I think what is plateauing [for Spotify] is because of the negative stance that they’ve taken on songwriters — and because of being preoccupied with some other things. I think Spotify perhaps isn’t going to end up with the same share of the global market that I expected them to have.”

Spotify’s erosion in marketshare could create distortions in the broader marketplace analysis, according to Mercuriadis. “If you’d asked me two years ago, I would have expected Spotify to have one-third of the global market by the time you get to 2030,” Mercuriadis continued. “I think at this point they may have 25%, or somewhere between 20-25%, and because people are looking at Spotify’s data rather than overall streaming data around the world, they think that perhaps streaming is plateauing.”

For starters, Netflix is operating in a competitive audiovisual space that features highly-differentiated content. That forces subscribers to make tough choices and trim back platforms to manage expenses. With music streaming, most subscribers only pay for one service — it’s usually a selection of either Spotify, Apple Music, Amazon Music, YouTube Music, or another similar platform. But multiple music subscriptions are the exception.

“But if you look at what’s offered, because that’s really what matters — access to all of this incredible music for $10 a month — even in an environment of high interest rates and massive inflation, this is still going to be the last thing that people let go of.”

“When you look at something like Netflix, where they’ve lost some subscribers, I think that’s very different. They’re one of six or seven audiovisual services that you might need to have to get all of the TV programs that you want. So when you get those six or seven subscriptions, one of them eventually is going to go.