Artist With 2.5 Billion TikTok Views Says He Hasn’t Been Paid a Dime 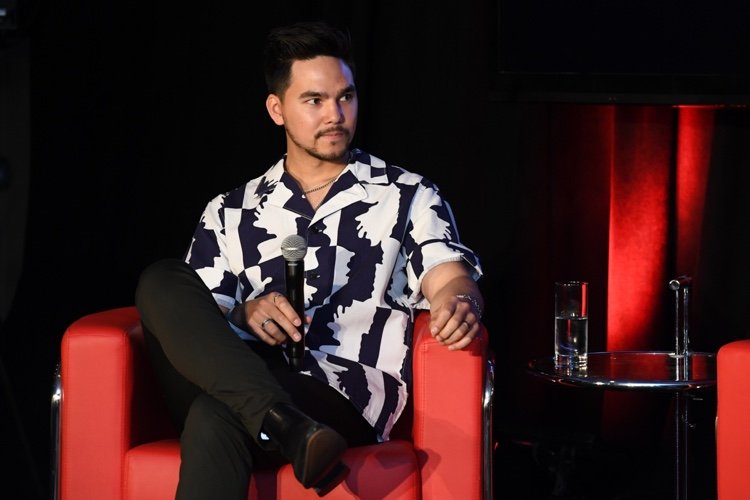 Canadian singer and actor Tyler Shaw has racked up billions of views on TikTok. He hasn’t received any money from the platform.

TikTok can put an artist on the map overnight. But can you make money on TikTok itself? According to Canadian artist Tyler Shaw, the answer is no.

In a panel discussion focused on TikTok at Canadian Music Week in Toronto on Friday, Shaw told Digital Music News that despite amassing more than 2.5 billion views, he hasn’t been paid anything by the platform. “At the moment, I do not make money off of the TikTok platform,” Shaw revealed.

Shockingly, Tyler isn’t making a small amount of money from TikTok. He’s making nothing, despite his searing success and tremendous investments of time and creative energy on the platform.

The hope, according to Shaw, is that viral TikTok moments spill over into revenue-generating areas like branding deals, concerts, and streaming royalties. “From the viral moments and the usage of the platform, you gain more followers,” Shaw explained. “And from that, there can be brand partnerships. And the people who listen or discover the music from the [TikTok] platform then go and listen to your music or buy your music online. And then you promote a show, and people show up to the show, so it’s all connected.”

But none of those avenues are currently generating revenue for Shaw, despite his incredible success on TikTok. In answer to our question — “Is TikTok paying off for you?” — Shaw seemed uncertain. “The way royalties are collected is — I’m gonna push the pedal and then it’ll catch up. So I’ll let you know in about six months.”

Adam Burchill, Head of Music for TikTok Canada, was also on the panel.

He quickly chimed in by noting that TikTok pays rights owners for the use of their music. “And I’ll just add to that,” Burchill interjected. “We do have rights deals with the publishers, the right holders, so all the music on TikTok is licensed and paid out on. So we want to make sure that creators and artists are compensated.”

But Shaw isn’t getting any of those royalty payments. One reason might be that his viral hit was based on a reinterpretation of artist Gayle’s smash hit, ‘ABCDEFU.’ That breakup song was also fueled by a viral TikTok moment, and Tyler Shaw cleverly jumped on the trend by creating a more positive, loving version of Gayle’s angry original. Tyler’s remake is titled “Love You Still (abcdefu Romantic Version).”

But unlike Gayle and her label and publisher, it’s unlikely that  Tyler owns any rights to his creative reinterpretation.

“I finished the song, and after that, it was like a waiting game just to hear back from Gayle’s team and the publishers, and everyone in charge of who owns the song,” Shaw explained without detailing the negotiations involved. “So I had the song done 72 hours after, but it took almost two and a half, three weeks to release. So that was a waiting game.”

Incidentally, Shaw’s full version was only created after a rare viral moment took hold on a shorter clip. “I just looked at [Gayle’s] lyrics and was kind of like, okay, it was a complete opposite. I put it together and I threw it up on the platform.”

Then it was off to the races. “I was just watching it all day, it was million 1, million 2, million 3, and it kept going and going and going. At that point, I’m like, okay, we should probably do something more for this. I think the next day, so 48 hours after that whole thing, I was like, let me make a full version.”

Also worth noting is that Tyler Shaw is signed to Sony Music Canada, but not because of his viral TikTok moment. Instead, Shaw inked a deal with Sony roughly ten years ago after winning the MuchMusic Coca-Cola Covers Contest in 2012. It’s unclear whether any money is flowing through Sony Music, though if it is, Shaw isn’t receiving any of it.

Separately, TikTok also has a Creator Fund with hundreds of millions of dollars allocated for superstars just like Tyler Shaw.

It’s unclear why Shaw isn’t receiving any of that money, though a look at the fine print reveals that artists based in Canada may not be eligible to receive cash from the fund. In a detailed post about its Creator Fund, TikTok specified that artists must reside in the “US, UK, France, Germany, Spain or Italy” to be eligible.

A TikTok spokesperson declined to offer comments for this article.