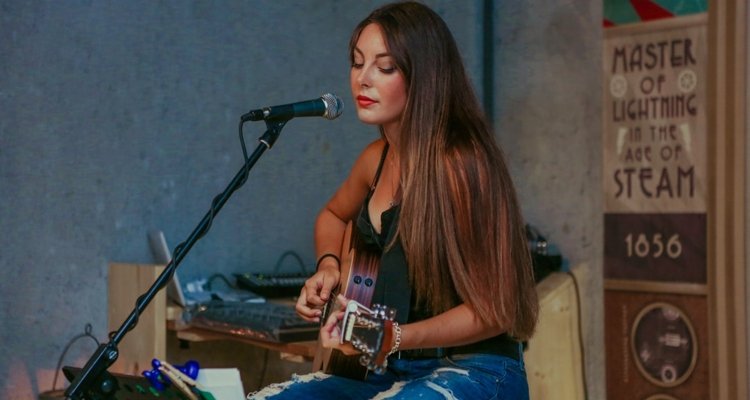 Less than two weeks following the rollout of Spotify’s “In Focus” artist resource, YouTube has officially launched a dedicated hub for songwriters and producers.

YouTube Music detailed the hub’s debut via a tweet this afternoon, writing: “looking for tips on how to level up your YouTube presence?? check out the newly revamped http://artists.youtube site and the ~brand new~ resources for songwriters & producers available on http://songwriters.youtube ?”

Billed by higher-ups as “The Home For Songwriters On YouTube,” this collection of information begins by disclosing the “many ways” for songwriters and producers to grow their audiences “through the power of a YouTube channel.”

Similarly, execs described channels on the video-sharing platform as “your very own visual discography” and touted their perceived potential to “replace a traditional one-sheet.” Predictably, the more than 1,100-word-long resource also highlights the processes (and benefits) associated with starting, organizing, and monetizing YouTube channels.

Of course, this material – like most components of Spotify’s initially mentioned In Focus – appears tailored for prospective and extremely new members of the music community as opposed to veteran songwriters and producers.

(The very first subsection within the “Create music & more” category of In Focus, for instance, is entitled “Level up your songwriting.” Said subsection encompasses suggestions for “finding inspiration and learning to trust” while working to pen interesting song lyrics.)

Meanwhile, YouTube’s songwriter and producer hub likewise links to a series of “Credits” playlists on YouTube Music itself. The playlists feature “the most-played hits and essential tracks from today’s biggest songwriters and producers,” their description indicates, including songs created by Josh Fountain, Rodney Jerkins (also known as Darkchild), and Hillary Lindsey, to name some.

Worth mentioning in conclusion is that a different resource from YouTube targets “music publishers, societies, & PROs,” attempting to inform the entities (like songwriters and producers) of the purported perks that come with establishing a channel.

YouTube’s hub for songwriters and producers – and the corresponding emphasis upon bolstering their visibility – arrives as the professionals continue to make headlines for closing noteworthy deals.

Since April’s start, for example, Downtown has inked a publishing administration deal with The Weeknd producer Daniel Lopatin, and Florida-based producer ACRAZE signed with UMG’s Capitol following the considerable streaming success of “Do It To It.”

Plus, Skyler Stonestreet (who’s written for Justin Bieber, Ariana Grande, Marshmello, and many others) sold her catalog to Influence Media Partners in April, while Sony Music Publishing late last month finalized a pact with BTS songwriter Max. Next year, these and other songwriters will have the chance to take home a Grammy in the just-announced “Songwriter Of The Year, Non-Classical” category for the first time.