Did Goldman Sachs Get Its Numbers Right? Why ‘Music In the Air’ Doesn’t Quite Stack Up 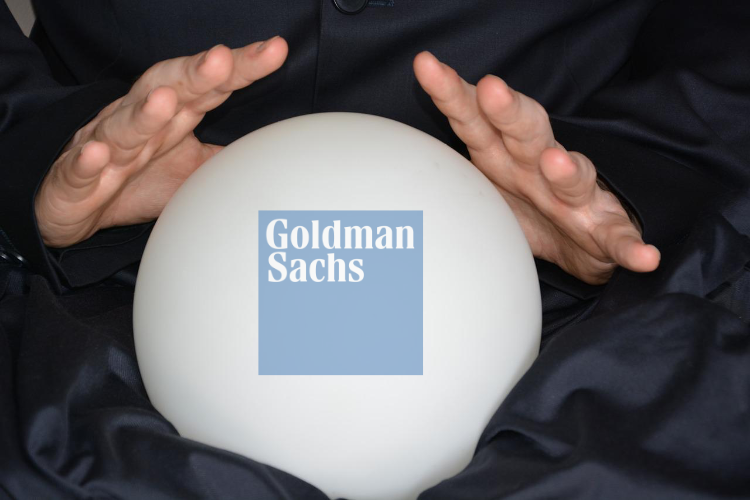 Photo by nvodicka, adapted with permission.

Goldman Sachs just released the most bullish music industry report imaginable. But how believable are the numbers?

For those that like running with the bulls, Goldman Sachs puts Pamplona to shame — at least when it comes to music industry projections. In its latest ‘Music In the Air’ report for 2022, Goldman boldly predicted that industry revenues would top a lofty $153 billion by 2030, up from $87.6 billion in 2022.

That’s a big number, and nearly twice the size of the current music industry. But somehow, it’s $31 billion greater than Goldman’s projection from 2017-8, suggesting growth that even Goldman’s incredibly optimistic forecasts couldn’t predict at the time. Even this year, Goldman bumped its 2022 revenue estimate by $6 billion, from $81.6 billion previously, based on a resurgent live concert market that it also underestimated.

Recordings alone are set to careen towards $53.2 billion in 2030, roughly double the IFPI’s latest global valuation. That’s also up $7.5 billion, or more than 16%, from Goldman’s projection just last year.

It’s not that these numbers are implausible. Perhaps the industry in 2030 will be even bigger, buoyed by assets and innovations we can’t even conceptualize today. But the reality is there are simply too many unknowns in play, especially across such a substantial timeframe and in such a fast-moving industry.

But even in the present, there are a number of potentially serious issues complicating Goldman’s rosy projections.

Topping the list is the possibility of a serious music streaming subscriber plateau, as well as crashing market valuations for darlings like Spotify. Close behind is a song IP acquisition market that is likely overheated — and potentially seriously so. Perhaps these issues will become moot as the industry gallops towards bigger and bigger revenue records. More likely, they will play a more serious role in the future music industry and potentially complicate its future growth.

Ultimately, these and other complexities make it naive to predict the future with a big, fat, $153 billion sticker.

Report author Lisa Yang seems dismissive of any streaming cool-down. “Streaming shows no sign of saturation,” the report concludes. But while Spotify is welcoming new premium subscribers every day, the rate of new subscribers is slowing considerably.

Subscriber growth rates that once surpassed 20% year-over-year are now slipping into the low teens. During the current quarter, Spotify anticipated a year-over-year increase of 13%, which sounds great but represents a noticeable slowdown.

Underneath those top-level declines lies a potentially more serious concern. Some of the wealthiest music fans — in places like the United States and Western Europe — may have already jumped aboard the paid subscriber train. Emerging countries represent huge opportunities, but also lower levels of disposable income and, in turn, lowered ARPU.

That would explain why Spotify charges dramatically lower monthly fees in places like India. You need a lot more people — and a lot more infrastructure, support, and investment — to make the same amount of money. And that isn’t even considering the intense competition and radically different consumption patterns that characterize India and many non-Western countries (we profiled that recently with Plern in Thailand).

That doesn’t mean streaming is necessarily saturated, even in specific markets. But it is a serious future consideration that could complicate the road to $153 billion.

But even with the foggy situation in streaming – Spotify reported relatively slow subscriber growth in Q1 2022  – Goldman doubled down on its assertion that consumers will continue to spend on music despite “a higher inflation/weaker macro environment.”

Wall Street, however, hasn’t been as upbeat. Of course, broader markets are crashing, though some stocks are crashing worse than others. And Spotify, whose stock is down nearly 60% in 2022 and worth tens of billions of dollars less, is suddenly slowing its cash burn. Just this week, Spotify reportedly slowed its hiring rate by 25%. The company might also feel intense pressure to raise its monthly subscriber rates in an economic downturn amidst rampant inflation, a move that could lower subscriber counts.

How would that impact the path towards $153 billion? You won’t find out from Goldman Sachs. But maybe those pesky details don’t matter to Goldman given its considerable investments in the music space.

Everyone’s got a game, and Goldman is a big player on the music industry field. Goldman helped Spotify navigate its then-successful Wall Street direct listing, and has serious interests in areas like music publishing and live events. It may have even grander ambitions ahead, which raises questions over whether this is the impartial projection the music industry needs.

The Goldman party line is that research and investing are separate. And perhaps that’s true. But somehow, it’s hard to imagine Goldman predicting a crash in music IP valuations or flatlining streaming revenues. Even a more conservative growth forecast seems unlikely. Perhaps there’s too much inherent conflict-of-interest to truly separate church and state.

And what about the numbers themselves — as in, the baseline figures used to create these detailed projections?

A closer look at the dataset reveals some worthwhile questions, including those pertaining to inflation. Even back in 2017-8, Goldman’s graphs didn’t seem to properly account for inflation. For example, year-2000 recorded revenue figures were pegged in the low $20 billions, even though 17 years of even modest inflation would have pushed those numbers well into the $30s. But even the baselines didn’t quite make sense when compared with actual figures from the IFPI, which were cited as source data.

Now, the inflation issue is far more serious — for the music industry and everyone else. How might that impact Spotify’s decision matrix on pricing? Seems like another serious question. And one we couldn’t get an answer on — Lisa Yang hasn’t gotten back to us on the inflation issue.

And what about music NFTs?

Until recently, nobody had heard of an NFT, much less a ‘music NFT’. Understandably, none of that factored into Goldman’s earlier reports. For Goldman to predict the onset of ultra-successful NFT offerings from the likes of Snoop Dogg and 3LAU would be positively eerie. But that’s exactly the point: there are limitations to this sort of authoritative soothsaying.

And what about NFTs right now? Strangely, there isn’t even a mention of ‘NFT’ in Goldman’s lengthy 2022 report. How is that possible?

Perhaps NFTs are on the road to going bust, as the Wall Street Journal recently suggested and others have defensibly predicted. But many have a completely opposite thesis. Look no further than the millions being plowed into music NFT and crypto-related startups. Even Spotify is dabbing its toes into these waters (as Digital Music News first reported).

If all that is going to zero, perhaps Goldman should have written “$0” in their report. But perhaps Goldman doesn’t have a horse in the NFT race — which means it isn’t on their radar.

Instead, Goldman focuses on the continued growth of short-form video platforms like TikTok, YouTube Shorts, and IG Reels.

Will any of these platforms still be part of the landscape in 2030? Perhaps, but their interaction with artists and the broader music industry will be dramatically different than what Goldman is projecting in 2022. The ‘TikTok of 2030’ is impossible to conjure — which further demonstrates why the Goldman projection is best viewed as an educated guess instead of a definitive projection.