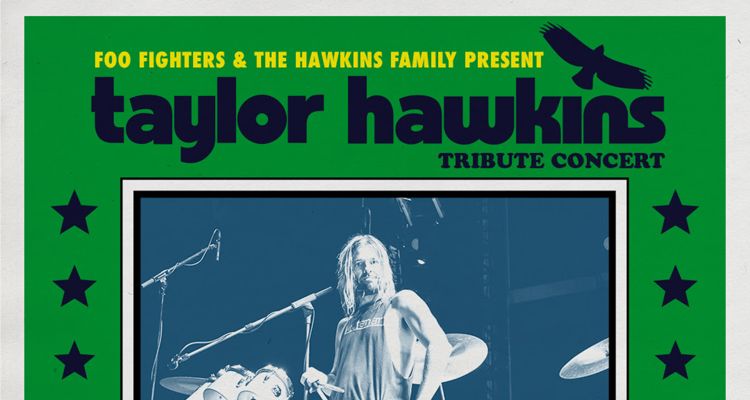 The Foo Fighters have shared the Taylor Hawkins tribute concert lineup for the US and UK dates.

The announcement describes this as the ‘first wave’ of confirmed guests joining the Taylor Hawkins tribute concerts. The concerts will celebrate the life, music, and love of one of the biggest figures in rock music.

The official announcement says more acts are to be announced. All of the acts will play songs that Taylor loved and created alongside the Foo Fighters – Dave Grohl, Nate Mendel, Chris Shiflett, Pat Smear, and Rami Jaffee.

The two global events in celebration of the memory of Taylor Hawkins are taking place this September. UK fans can honor the global rock icon on September 3 at London’s Wmbley Stadium. Meanwhile, US fans can join the tribute on September 27 at The Kia Forum in Los Angeles.

Both of the Taylor Hawkins tribute concerts will benefit charities in the US and UK chosen by the Hawkins family. Beneficiaries and further details about the support will be announced shortly.

Foo Fighters drummer Taylor Hawkins died in a Colombian hotel room on March 25. He was only 50 years old, and the group’s last show together was Lollapalooza Argentina. Shortly after the announcement, the band cancelled all slated performances and announced the tribute concert in honor of their lost brother. Hawkins joined the band in 1997 and shared writing credits on several Foo Fighters’ songs.

The cause of death remains unknown, and an investigation is underway. The Colombian attorney general’s office says it is investigating the death, alongside the National Institute of Forensic Medicine.