What Is Dolby Atmos Music? How the 3D Music Tech Works 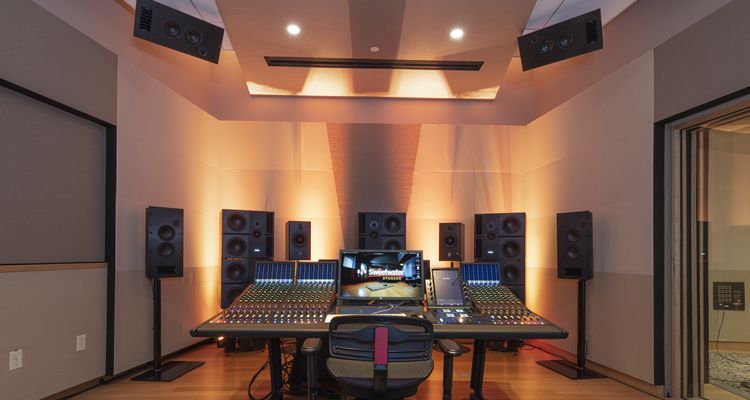 Creating music that feels as immersive as it sounds when it is originally created is possible through object-based audio formats like Dolby Atmos. Want to learn more about the format? Read on to see how it works and what you’ll need to get started in your studio.

The following was created in collaboration with Sweetwater, a company DMN is proud to be partnered with.

Dolby Atmos enables sound engineers to reproduce a fully 3D soundfield that includes height information. This information is what enables Dolby Atmos music to feel as if it is coming at you or surrounding you as you listen. The Dolby Atmos format itself isn’t dependent on having a specific setup either, so a wide variety of devices can playback Dolby Atmos audio.

Dolby 5.1 and 7.1 surround sound configurations with a vertical or height dimension help create the 3D soundstage. Instead of outputting music to 2, 6, or 8 channels only, it instead resembles a spatial audio field where music objects can be positioned and moved in real-time so listeners perceive audio as intended. Playback systems in Dolby Atmos Systems include up to 64 channels for re-creating lifelike sound.

The three-dimensional soundstage is possible due to the concept of audio objects, rather than specific speakers. Dolby Atmos treats sounds as individual objects that can be placed anywhere in a 360-degree field with pinpoint precision. Sound engineers are not limited to horizontal, lateral, or vertical axes.

In Dolby Atmos, every specific sound defined as an audio object has dedicated metadata. This information tells playback systems how to process information for the proper sonic reproduction of a 3D audio recording across a wide range of devices – from mobile homes, to home theaters, to game consoles and sound systems.

Producing audio projects with Dolby Atmos still includes foundational sound mixing tools like ambience stems, center dialog, and other static elements. Ten channels are reserved for the base layer, with an additional 118 channels for audio objects. This gives musicians a total of 128 channels to work with on a Dolby Atmos track.

The Dolby Atmos soundstage allows sound engineers to put music in specific locations. Want the drum kit and lead vocalist right out front? It’s possible. Pan the guitars from left and right, but add verticality to it so it feels as though the instruments are above the listeners. Here’s the basic breakdown of the process for Dolby Atmos music creation.

Surround sound has always been something of a niche in the music industry because you traditionally needed a good audio setup to enjoy it. But Dolby Atmos rendering is changing that, since it takes the delivery factor out of the equation entirely. As long as the device supports Dolby Atmos, it can play the track. Companies like Apple, Microsoft, Google, and Netflix are some of the biggest driving forces behind adoption for the new format.

Music artists are also embracing Dolby Atmos thanks to the support from Apple Music. Artists like Billie Eilish, The Weeknd, Justin Bieber, Olivia Rodrigo, and Ariana Grande have released mixes specifically for Dolby Atmos. Hundreds of classic songs from Elton John, Pink Floyd, Marvin Gaye, Aretha Franklin, and The Beatles have also been remixed in the new format.

What does a musician need for recording Dolby Atmos audio?

Getting started with Dolby Atmos audio production requires a basic setup. Part of that basic setup is a properly sized room. Dolby recommends a minimum length, width, and height for recording rooms to create the best digital soundstage.

Dolby also recommends a 7.1.4 speaker configuration as the minimum for Dolby Atmos music production. The company says a 9.1.4 or 9.1.6 studio monitor configuration is best for optimal results. That means you’ll need a minimum of 11 studio monitors plus an LFE speaker to get Dolby Atmos music production up and running. Sweetwater recommends all speakers be the same brand and model to help ease setup troubleshooting.

Want to create music in a studio environment that’s already setup for Atmos music recording? Sweetwater Studios specializes in Atmos recording and mixing with their state of the art Dolby Atmos Suite in Fort Wayne, Indiana. You can learn more at the Sweetwater Studios website.