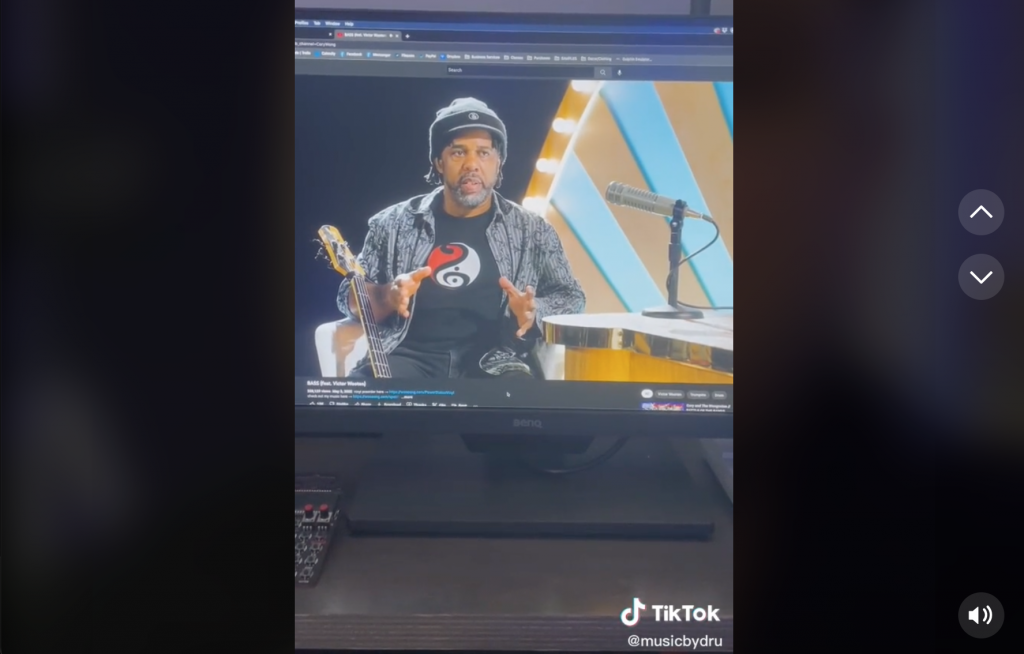 This is the second installment in a series of posts about TikTok’s best tips for indie musicians. TikTok is full of amazing content for musicians, and I want to share the content I’ve come across. I already covered music production, so this post includes some of the best songwriting tips I’ve seen on TikTok…

Was trying to find some inspiration and I stumbled on this incredible interview from #coreywong and one of my favorites #victorwooten it’s a must watch for any musician or producer! #fyp #foryou #foryoupage #foryoupages #producertok #musiciansoftiktok

Cory Wong (guitarist for Vulfpeck) interviewed legendary bassist Victor Wooten. And Wooten says something deep about being a musician — it’s more than just chords, theory, and structure. It’s about the power of music. It’s about the joy it brings and how songs affect listeners. Next time you write and produce a song, keep that in mind. Remember why you make music.

The basic idea of the exhaustive exercise is to write a song about something, then write another version of the song about the same thing. Then write about it again. Then again. And again until you’ve exhausted all your ideas on that specific topic.

James Blake knows the issues you face when you try to write songs like someone else. This doesn’t mean you can’t get inspiration from others’ songs (in fact, that’s a good idea). But when you’re writing, write authentically. Get inspired, yes. But then make the song your own.

Write the Worst Song You Can

We’re often not the best judge of our work so here’s a simple trick for getting out of the way. #songwriting #songwritingtips #musiciansoftiktok

Veteran songwriting Jeremy Messersmith used to teach songwriting. And when he told his students to write the worst songs they possibly could, they ended up being the best songs they wrote in his class. This is a helpful tip if you often get in your own way when songwriting.

Summarize Your Idea in the Last Line

What are some other songs that use this technique? #songwritingtips #dejavu #popculture

Paint one picture in your verse, just one. Then tie it all together on the last line with an emotional lyric. Use the last line of your verse to summarize what you’re saying in that verse. Using this method can help give your chorus more of an impact.

RELATED: How To Write Song Lyrics That Are More Interesting

Flip Your Capo Around

Get a big sound with this #guitarhack by just turning your #kysercapo around. Bonus points if you can name the tune.

Guitar players, this is a trick you need to try if you haven’t already. Flip your capo around so it’s pressing down only the A, D, and G strings. You get a nice open Esus sound. It gives you different chord structures and, therefore, a different direction when songwriting. (Note: this only works with the type of capo used in this video).

You don’t need music theory to be a great musician. However, never learning theory is not something to be proud of. Even simple theory can help you tremendously as a songwriter. Theory is the language of music, so it can help you understand chords, progressions, and melodies.

Every day, you borrow things from the library of creativity, says Pharrell. And today, the creativity you access could be different from yesterday or tomorrow. You just don’t know what song you’ll end up writing if you don’t show up, so show up. Keep creating. Keep writing songs.