The Major Labels Soaked Up 58.6% of $9.8 Billion In Streaming Royalties During 2021 — According to NMPA Stats 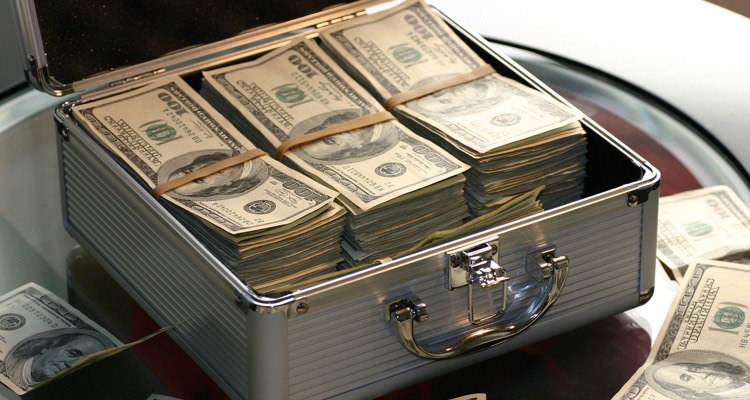 The National Music Publishers’ Association has claimed that the major labels took in a staggering 58.6 percent of 2021’s $9.8 billion in total streaming royalties – while continuing to tout its close ties with the Big Three, thereby raising renewed questions about the precise extent of their pull.

This and other interesting datapoints came to light during NMPA head David Israelite’s recent speech in New York City, delivered as part of his organization’s annual meeting. Addressing the audience following a piano performance from Jon Batiste, Israelite spoke of the Big Three’s streaming-royalties haul after highlighting “the battle being waged at the Copyright Royalty Board” and thanking all manner of attendees.

“We now have, for the first time, a treasure trove of information that has never before been made public until now,” said Israelite. “There are 47 different music services that operate 151 different models that pay mechanical royalties to songwriters. We now know that in 2021, those services combined generated nearly $9.8 billion in revenue, which is just one of the important factors by which songwriters get paid.

“The vast majority of those royalties, over 96 percent, come from the same five companies that are fighting to cut songwriter rates in the CRB process: Amazon, Spotify, Apple, Google, and Pandora,” he continued.

“We also now know that those services paid record labels $5.7 billion in 2021, 58.6 percent of the revenue pool – significantly higher than the 52 percent that is often reported,” stated Israelite.

(Regarding the 52 percent figure, Apple “pays 52% of subscription revenue, or 52 cents of every dollar, to all record labels,” The Wall Street Journal said in April of 2021. Factoring both for its premium and ad-supported versions, Spotify paid an average of around “50 to 53 cents on the dollar” to labels, according to the same source.)

“To be clear,” proceeded Israelite, “songwriters being paid properly does not mean that artists and record labels need to be paid less. It is unconscionable that digital delivery services take three times the amount [or $4.1 billion] they pay the songwriters who make their businesses possible. Songwriters and music publishers were paid just over $1.3 billion in 2021.”

Meanwhile, for additional context in terms of the figures disclosed by Israelite, Universal Music Group reported bringing in €1.22 billion (currently $1.28 billion) from “subscription and streaming revenue” in Q4 2021 as well as €4.48 billion ($4.70 billion) for all of 2021.

The classification specifics of this subscription and streaming revenue are unclear, but it’s also worth noting that Warner Music Group posted $1.002 billion in digital revenue for Q4 2021, including a total of $965 million from streaming ($836 million for recorded music, the remaining $129 million for publishing).

Later, Israelite shifted his attention to the amount that some of the above-mentioned services paid per one million streams during 2021.

“This is going to make a lot of people in the audience uncomfortable, but I am now going to share, for the first time, exactly how much each service pays. This chart, which we will make available on our website” – the resource didn’t look to be live at the time of writing – “shows how much each service offering paid in 2021 for one million streams.

“Now, this number can fluctuate month to month based on the number of streams, but this chart aggregates that data on an annual basis, which gives us a very accurate look at what they pay. For the three largest services that represent 81 percent of the revenue and 88 percent of the subscribers, this is what they pay per one million streams.

“Going forward, NMPA will make this information and these rankings available on a monthly basis so that everyone can see exactly how much, or how little, that each service pays songwriters,” concluded Israelite.

Of course, it’s long been known that streaming services pay out a large portion of their revenue to rightsholders. But the NMPA’s directly acknowledging that over 58 percent of royalties from the largest services reach labels – while Israelite likewise invited UMG head Lucian Grainge to speak and thanked RIAA CEO Mitch Glazier for attending the annual meeting – might spur further criticism as the organization sets its sights on “giant technology companies” and the aforementioned “battle being waged at the” CRB.

To be sure, it wasn’t long ago that the NMPA and the major labels rallied around a proposal that would have left in place the 16-year-old 9.1-cent mechanical rate (for physical and permanent downloads) through the 2023-2027 period.

“The three major record companies who negotiated the deal on one side of the table have the same corporate parents as the most powerful members of the music publishing community ostensibly sitting on the other side of the table,” Music Creators North America (MCNA) said of the agreement, which prompted vocal pushback generally and because of the closed-door nature of the corresponding discussions.

Upon rejecting the suggested freeze at March’s end, the Copyright Royalty Board described as “a warning flag” the “vertical integration linking music publishers and record labels.” Following this decision and other public criticism, early May brought with it a pact between the NMPA and the major labels to increase the rate in question from 9.1 cents to 12 cents (with inflation adjustments).