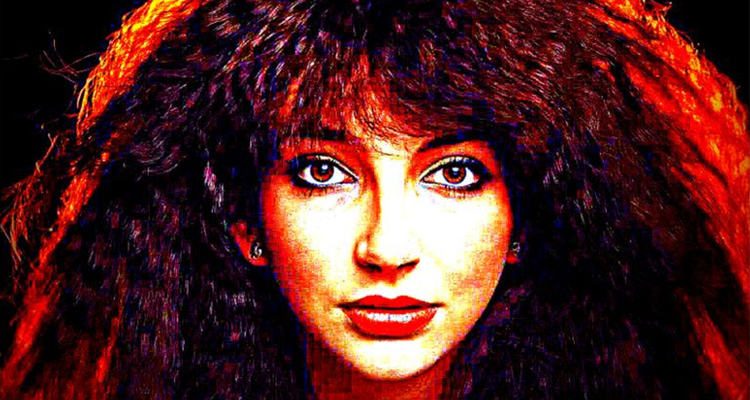 After cracking the US top 10 for the first time thanks to the sync-driven commercial resurgence of 1985’s “Running Up That Hill,” Kate Bush has now broken three UK chart records.

63-year-old singer-songwriter Kate Bush’s “Running Up That Hill” reentered the media spotlight – and found a multitude of new listeners – following an appearance in the latest season of Netflix’s Stranger Things. On the heels of the placement, Bush made a rare public statement, thanking the “young fans who love the show” for giving the track “a whole new lease of life.”

Additionally, multiple artists are covering “Running Up That Hill,” which originally released as part of Bush’s fifth studio album, Hounds of Love. The song’s Spotify stream count has rocketed past 265 million (more than twice as many plays as the Bexleyheath native’s second-most-popular track on the service, “Wuthering Heights”), while Bush boasts 33.44 million monthly listeners on-platform.

As mentioned at the outset, “Running Up That Hill” – which isn’t the first song that’s achieved big things in recent years after finding a younger audience – has topped the Official Charts Company’s Singles Chart in the UK, beating second-ranked Harry Styles’ “As It Was” and third-ranked Cat Burns’ “Go.”

In doing so, the 37-year-old track has broken three chart records in the United Kingdom. First, Bush now has the longest gap between number-one singles of any artist, as 44 years have passed since she climbed the charts with the aforementioned “Wuthering Heights.”

Similarly, the Stranger Things-placed work has taken the most time of any single to reach the top of the Singles Chart, at 37 years. (This record previously belonged to “Last Christmas” by Wham! and its 36-year journey to the uppermost spot.)

Lastly, Kate Bush has likewise become the “oldest female artist” to send a track to the number-one position on the Singles Chart. At nearly 64 years of age, Bush supplanted Cher (who was 52 when she set the record) in the category and emerged as the fifth-oldest artist ever to have a chart-topping single in the UK.

Moving forward, it’ll be interesting to see whether Bush can parlay her viral success into a catalog windfall, for the members of Fleetwood Mac cashed in on their respective song rights after “Dreams” reached Gen Z via TikTok. (Stevie Nicks is hitting the road despite benefiting from a multimillion-dollar music-IP sale, including a performance scheduled to take place in Indianapolis tomorrow night; Bush, on the other hand, hasn’t launched a full-scale tour since the late 70s.)

As it stands, though, the most recent posts on Bush’s website have racked up thousands of likes on Facebook – compared to just a handful for her pre-placement messages – and several of the items in her online store are out of stock.