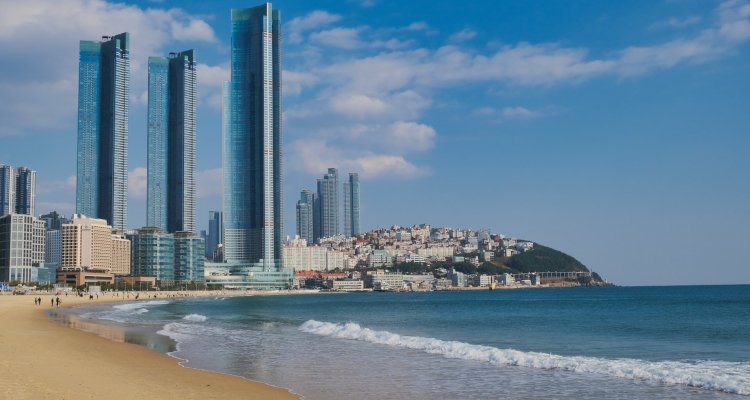 Busan, South Korea, where BTS will play a concert to try and bring the 2030 world’s fair to the city. Photo Credit: Minku Kang

After announcing plans to pursue solo projects – news that directly preceded a multibillion-dollar valuation falloff for Hybe stock – the members of K-pop sensation BTS are now expected to play a major concert in an effort to bring the 2030 world’s fair to Busan, South Korea.

BTS’ Hybe agency unveiled the gig (along with the boy band’s additional responsibilities as “ambassadors for Busan’s World Expo 2030 bid”) today. The multifaceted arrangement encompasses a formal memorandum of understanding between Hybe and Busan, which is South Korea’s second-largest city and the hometown of BTS’ Jimin and Jungkook.

Home to about 3.4 million other individuals, Busan is vying to host the 2030 World Expo – the 2025 edition is already set to take place in Osaka, Japan – which would mark its first world’s fair to date. Rome, Italy, and Riyadh, Saudi Arabia, are likewise in the mix, and the seven professionals who comprise BTS are preparing to play the “Global Busan Concert” to try and tip the scale in their country’s favor.

While the high-profile performance doesn’t yet have a date (details “will be shared in due course,” Hybe relayed), BTS is also poised to “personally introduce the proposed site for the BIE [Bureau International des Expositions] Enquiry Missions,” appear “on the election day to support the bid,” post promo materials on social media, and “provide photos and videos for the city’s digital campaigns,” the act’s agency stated.

“Given the importance of its bid as a nation to host the World Expo 2030 in Busan, BTS and HYBE will do our best to successfully bring the World Expo to Busan,” he said. “This will be a great opportunity to contribute to further development of K-Culture as well as its local pop cultures in Busan.”

During today’s trading hours, Hybe stock (KRX: 352820) saw its value grow by 6.09 percent, finishing at ₩148,000 (currently $114.77) per share when the market closed. Despite the noteworthy rebound, the price represents a nearly 33 percent falloff from one month ago, before BTS members expressed their intention to focus on individual projects.

Universal Music’s Geffen Records will reportedly release the latter – though some organizations (not to mention a multitude of ARMY diehards) are encouraging BTS to rethink the decision and continue to create as a group.