‘Follow Elvis’ Through a Curated Fan Experience With a New App 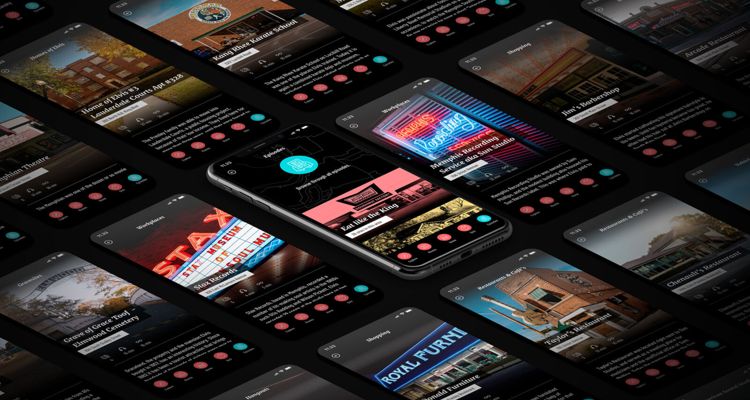 Just in time for the Elvis film debut, the Follow Elvis app features over 200 sites in and around Memphis, described in detail with their relation to The King. New photos, footage, sound design, quizzes, “and a groundbreaking user experience,” showcase Presley’s life.

You’ve seen the film, but have you downloaded the app? Follow Elvis aims to be “more than an innovative Elvis biography” but a definitive fan experience. Fans can read or listen to over 1,000 pages of text “wrapped in captivating audio design and never-before-seen photos and video” from the sites described.

The app has something for all Elvis fans, new and old alike, and anyone interested in music culture and history. Stories include all aspects of Presley’s life, from his childhood and upbringing to musical influences, his music and its cultural impact, family, friends, fans, his untimely death, and more.

Though fans can “Follow Elvis” anywhere, the app has further use as a guide when visiting Memphis. With GPS-generated guides through curated tours, fans can see all of Elvis’ homes, where he liked to eat, and even the dealerships where he purchased his cars. The app enables fans to design personalized tours, planning and guiding users through the individual locations.

With high-quality sound design bringing the stories to life, each site is divided into 5-15 minute episodes. Every episode contains never-before-seen photos and film from the places covered, carefully curated by specialists.

“Elvis Presley’s music and life have had a magical attraction while affecting millions of people for more than 60 years,” says the app’s Danish developer. “Elvis still appeals to millions of young and older fans. Follow Elvis targets die-hard fans as well as merely curious people wanting to dive into the mythical universe that surrounds Elvis Presley’s fascinating life in his hometown (of) Memphis. The King has made an immense contribution to the birth of rock n’ roll and also American pop culture in the fifties, sixties, and seventies, which is also reflected in Follow Elvis.”

The app is free to install with access to three free episodes, an Elvis quiz, and a news section. Additional episodes are available in the app for $0.99 each, with bulk content available for $24.99. With over 200 Elvis-related sites and more than 36 hours of captivating stories, Follow Elvis is a thoughtfully curated fan experience.