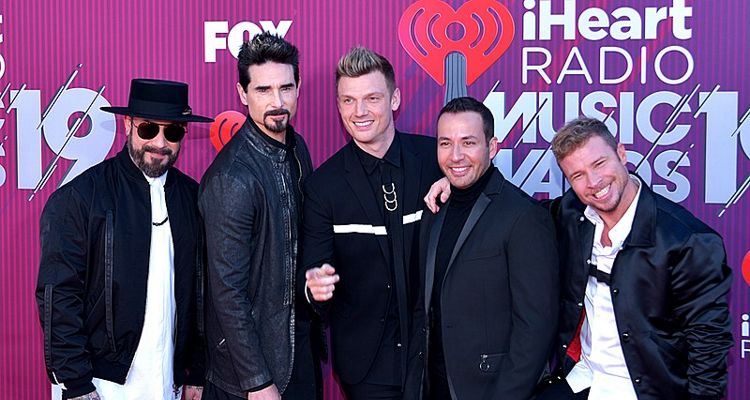 Last week, The Backstreet Boys partnered with Tencent’s WeChat to deliver a livestream show to fans in China. Now, organizers have revealed that the “performance of a lifetime” attracted nearly 45 million watchers.

The Backstreet Boys played for their evidently numerous fans in China (population 1.4 billion) last Friday morning. Available to enjoy for the ultra-affordable cost of free, the gig arrived on the heels of a previous WeChat concert from Ireland-based boy band Westlife, which made a surprise appearance at this latest show and also has a noteworthy Chinese following.

WeChat charted The Backstreet Boys’ ride (in a vehicle made by Lincoln, which sponsored the event) to the appropriate venue in Philadelphia, complete with Mandarin-language subtitles of members’ conversation. (See the 4:00 minute mark of the stream’s recording for what might be a censored utterance of the word “COVID.”) And throughout the lengthy performance itself, the platform featured song titles and lyrics in both English and Mandarin.

(Lincoln, which reportedly sold better in China than the U.S. in 2021, aired multiple spots, displayed its logo above each on-screen song title, and had an advert read in Mandarin by the moderator and The Backstreet Boys themselves during the happening.)

Regarding the Lincoln advert that the host and the act read, the multifaceted event saw the participating group alternate between performing and engaging in a preliminary chat of sorts (“Ni hao,” every member said when introducing himself to the audience), talking with The Back Dorm Boys via video, answering questions about touring, and welcoming the aforementioned Westlife (who tuned in remotely), among other segments.

In additional testaments to China-based fans’ affinity for The Backstreet Boys, it was likewise explained that supporters had issued widely used nicknames to members, who were previously caught in the censorship crosshairs of the Chinese government. Plus, Backstreet Boys buffs sang “Show Me the Meaning of Being Lonely” via pre-recorded videos towards the over two-hour-long event’s end.

As mentioned at the outset, 44.2 million individuals watched the marathon livestream, organizers told DMN, making it WeChat’s most-viewed show from an international artist to date.

Of course, the involved companies haven’t publicly identified the specifics of the (undoubtedly substantial) paycheck that The Backstreet Boys received for the gig, nor has the eight-time Grammy-nominated group done so. But in the long term, it’ll be interesting to see which other veteran acts – regardless of their current reach in the U.S. and elsewhere – cash in on their fanbases in China, the music industry and the streaming space of which are rapidly growing.

Predictably, the advantages of having a material presence in the country extend far beyond livestreaming; The Backstreet Boys are currently touring North America, but have started planning physical concerts for fans in China, members said on WeChat.