‘Elvis’ Beats ‘Top Gun’ With Over $31 Million in Opening Weekend 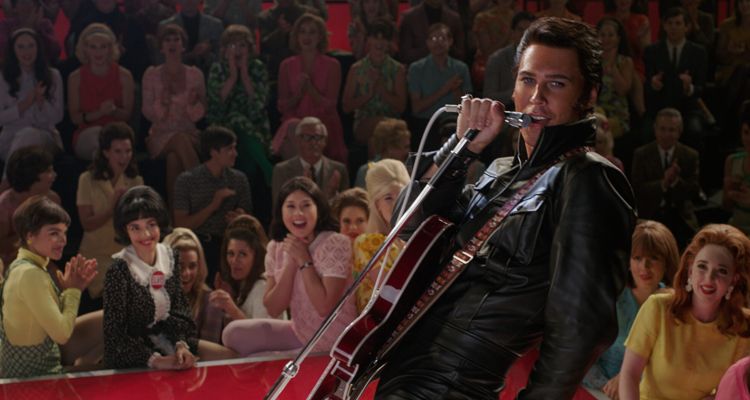 Warner Bros.’ Elvis beats out Paramount’s Top Gun: Maverick for the number one film with a $31.1 million opening weekend. Top Gun, in its fifth weekend, brought in $29.6 million.

According to this morning’s data from Deadline, Elvis raked in $31.1 million over the weekend, making it the third number one opening for Warner Bros. this year behind The Batman at $134 million and Fantastic Beasts: The Secrets of Dumbledore’s $42.1 million.

“Can’t emphasize enough what a big deal the opening is here for Elvis in regards to getting older females out and older moviegoers,” Deadline’s Anthony D’Alessandro stresses. “Especially for a movie with a two-and-a-half-hour plus running time.”

The film’s strong performance in its opening weekend further showcases how “adult” movies, when packaged correctly, can still draw a crowd to the theater. The pandemic enabled streaming to devour theatrical releases over the last couple of years, but now people are eager to return to the big screen.

The big question in Elvis’ continued success is whether the older demographic will keep it afloat. The over-45 crowd on PostTrak scored the film at around 90% — but the younger demographics scored it increasingly lower, with the 18-24 group (15% turnout) giving it an 83% average and the 13-17s (6% turnout) gave it a 76%.

Overwhelmingly, PostTrak says that 49% of those who bought tickets to Elvis did so because of the subject matter. Another popular reason (25%) was to see Tom Hanks, who plays Presley’s manager, Colonel Tom Parker. Marketing campaigns for the film were very successful, with around 45% of moviegoers saying they were influenced by seeing the film’s trailer, either in-theater during another film, during TV spots, or online. Additionally, 9% reported that word of mouth was a decisive factor.

Universal’s Jurassic World Dominion came in third in its third weekend with $26.7 million, while Universal also scored the fourth spot with studio Blumhouse’s The Black Phone. The horror film brought in $23.6 million in its opening weekend.