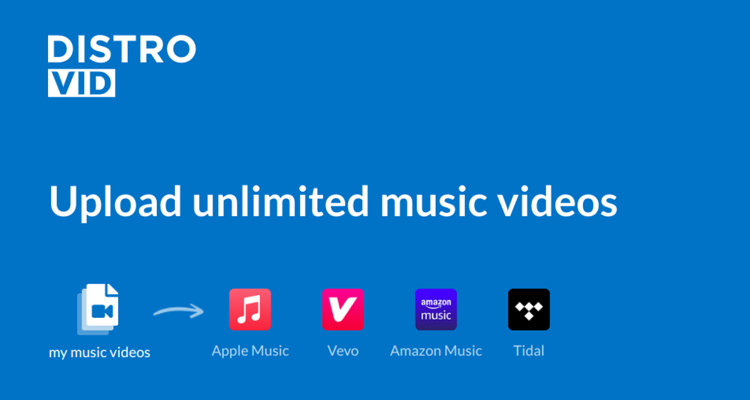 DistroKid unveiled the formal rollout of DistroVid this afternoon, billing the service as a means of uploading “an unlimited number of music videos to leading digital service providers for one low price.” According to DistroVid’s website, this price is $99 per year (users can “add additional artists” for $49.99 apiece annually) and covers YouTube as well as the above-mentioned platforms.

More DSPs are “expected to come online in the coming months,” relayed nine-year-old DistroKid, which entered the non-fungible token (NFT) space in late 2021. “And as always with DistroKid, the new tool is easy to use, blazing-fast and artists keep 100% of their earnings,” the distributor also indicated.

Addressing the debut of DistroVid in a statement, DistroKid founder and CEO Philip Kaplan – whose company last year received a “substantial investment” at a $1.3 billion valuation – said: “Many streaming services have begun playing music videos, in addition to audio, which has been great for listeners and major label artists. But up ‘til now there hasn’t been a great way for independent artists to get their music videos into these services.

Tidal SVP of partnerships and business development Dan Murphy likewise provided a statement for DistroKid’s release, following his platform’s embrace of fan-powered royalties in November of 2021. But on the artist side, DJ Hoppa described DistroVid as “a game-changer” for indies.

“Up until now it’s been expensive and difficult to add my music videos to streaming services, which means our fans are forced to bounce between different apps to see them,” the Broken Complex owner DJ Hoppa communicated in part. “DistroVid changes all that. The new tool makes it easy and affordable to upload as many videos as I want, then send them directly to where fans are already listening to my music. DistroVid is going to be a game-changer for my independent label and for independent artists everywhere.”

In related news, Glassnote Records allied with Sony Music’s The Orchard in a distribution tie-up about one week back, on the heels of the major label’s AWAL buyout. And the ever-controversial TikTok in March took a stab at distribution with SoundOn, while May saw CD Baby finalize a pact with customizable payout platform Trolley.