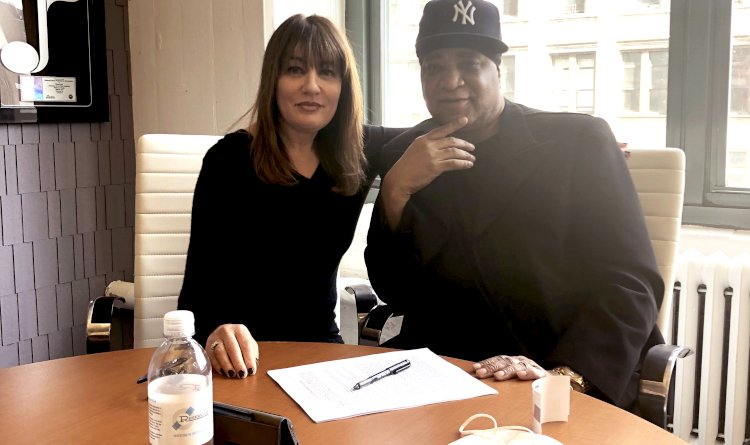 One week after revealing its Q1 2022 financials – and doubling down on plans to aggressively pursue deals and acquisitions – Reservoir Media has acquired “a stake” in the catalog of hip-hop producer Marley Marl.

Reservoir (NASDAQ: RSVR) unveiled the play this morning, following pacts with Dan the Automator, Mohamed Ramadan, and Roxy Music’s Phil Manzanera in May. Like with the array of other agreements inked by the New York City-based company, today’s formal announcement message doesn’t disclose the transaction’s financial or ownership specifics.

For reference, though, Reservoir said last week that it had spent $224 million across 110 transactions during the 2022 fiscal year (covering the 12 months ending on March 31st). And at the quarter’s end, the company possessed about 140,000 copyrights and 36,000 masters.

This library now encompasses a portion of 59-year-old Marley Marl’s catalog, as mentioned at the outset, including projects with LL Cool J, TLC, Busta Rhymes, and Nas, to name just some.

The most notable of the works at hand appears to be LL Cool J’s Mama Said Knock You Out (1990), on which Queens-born Marley Marl co-produced nearly every track. (Reservoir emphasized the continued commercial success of the album’s titular song, which won a Grammy and has 80.52 million Spotify streams.)

Addressing the agreement in a statement, the Paid in Full collaborator Marley Marl said: “I’m so excited to be partnering with Reservoir. Faith Newman [EVP of A&R and catalog development] and I go back for decades, and I know she and the team truly care about my music. I am so happy they’re going to be the new home for my catalog.”

And in a statement of his own, Reservoir president and COO Rell Lafargue added: “One of Reservoir’s consistent key strategies is expanding our catalog of evergreen hits. Working with Marley is a great opportunity to deliver on that goal by extending the reach of his classic hip-hop tracks and helping to deepen their value.”

Regarding the commitment to buying the rights to evergreen songs, it’s worth reiterating that catalog releases – referring to tracks that debuted at least 18 months ago – reportedly accounted for nearly 75 percent of U.S. music consumption during 2021.

Meanwhile, Warner Music Group and BlackRock in late February fronted a combined total of $750 million to purchase the rights to “modern evergreens,” which, given the 2022 catalog sales of relatively young artists like John Legend, Justin Timberlake, Luis Fonsi, Murda Beatz and Bryson Tiller, and Swedish House Mafia, look to be in high demand.