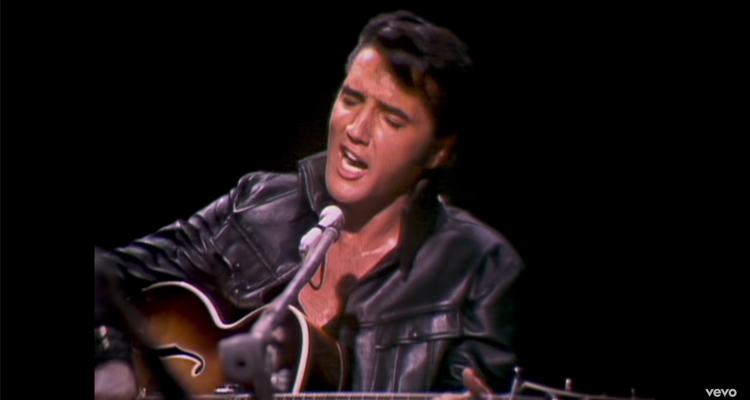 Since the debut of Baz Luhrmann’s Elvis film over the weekend, his music videos have seen an increase in viewership.

Best known for providing official music videos and live performance footage online, Vevo’s data shows that Elvis’ most viewed video over the weekend was “If I Can Dream (’68 Comeback Special).” The Luhrmann film replicates the ’68 Comeback Special in great detail, and the performance is considered a standout moment. Indeed, US views of Elvis’ ’68 Comeback Special videos, such as his “Jailhouse Rock” performance, were almost five times higher during the film’s opening weekend than the previous ten weekends.

Also of note is the short film “A Boy From Tupelo,” which saw a massive spike in viewership this weekend — more than 22 times its usual numbers — due to fans looking for a quick refresher on Elvis’ history.

“Vevo is home to some of the most iconic music videos and live performance videos in the world,” says Evelyn Swiderski, Director of Communications at Vevo. “A Vevo expert can speak to these trends, especially around nostalgia, the value of older music videos, how older music videos are still monetized today, and more.”

Given the film’s success during its debut weekend against juggernauts like Top Gun: Maverick, it makes sense that Elvis’ music videos are seeing a resurgence in popularity. When a film recreates an iconic scene, fans enjoy going back and watching the original to compare accuracy.

Still, it begs the question, will Elvis’ music see an overall boost in listenership? As Cinedigm launches a 24-hour Elvis Presley Channel in partnership with Elvis Presley Enterprises, they seem to think it will. Over the coming weeks, it will be interesting to see if the streaming giants such as Spotify and Apple Music will notice an increase in Elvis music streaming.