One-Off Bob Dylan Recording Expected to Auction for Around $1.2 Million 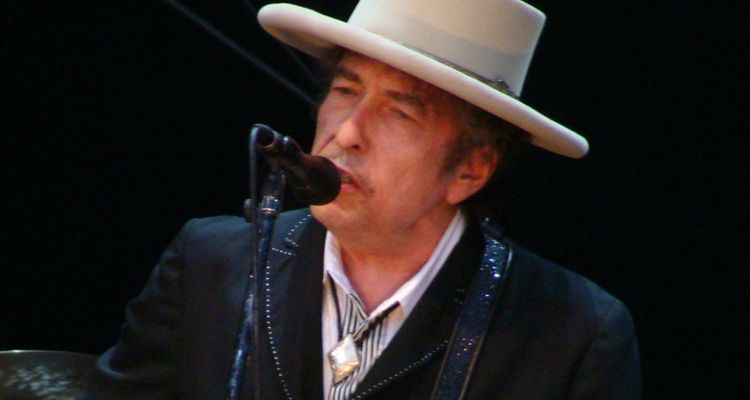 A one-off Bob Dylan recording of “Blowin’ in the Wind,” made in March 2021 in a new record format, could sell for over $1 million at auction on July 7.

The disc features a version of Dylan’s classic song, “Blowin’ in the Wind,” made in March 2021 with his long-time friend and collaborator, T Bone Burnett. This is the first new studio recording of the song since 1962, when Dylan wrote it.

“It felt holy,” Burnett tells BBC News. “It always feels holy for me, playing with Bob — and I think we did it in one take, if I’m not mistaken.”

The one-off release also features a new type of record combining some of the materials used in CDs and vinyl. The combination of materials promises better sound quality and durability than vinyl alone. The new format is playable on any regular turntable and is described as “the pinnacle of sound” by Burnett, who helped in its development.

Fans can visit Christie’s in London to hear the record before it sells. A side room of the auction house is reserved for listening, where the 10-inch disc is handled by an attendant with silk gloves, placing it on a $35,000 hi-fi system. Listeners experience the “warmth and precision” of the sound through headphones, Dylan’s voice having benefitted from an extended break from touring during the COVID-19 pandemic.

“We’re only making one because we view this work as the equivalent of an oil painting,” says Burnett, whose award-winning work has featured in soundtracks for films like O Brother, Where Art Thou? and The Big Lebowski. He is hopeful that future releases in this format will help “develop a music space in the fine arts,” enabling artists to combat “the devaluing of our work by the commoditization of the internet.”

Initially announced in April, the new audio format, known as Ionic Original, consists of “lacquer painted onto an aluminum disc, with a spiral etched into it by music.” Essentially the same technology used throughout the music industry to create test pressings (better known as acetates or dubplates), musicians generally agree that pressings made in this way sound better than vinyl. However, they degrade quickly due to the force of the needle pressing into the lacquer.

“So we started looking into what they use on the Space Station to shield it from the direct light of the sun,” Burnett explains. “And we’ve been able to coat the acetate with that, and it removes enough friction that the acetate doesn’t degrade over thousands of plays.”

Currently, discs created this way cannot be mass-produced, so they will likely remain collectors’ items and investment opportunities for the foreseeable future. Burnett hopes that over time they will become widely adopted.

“I don’t look at this as a replacement for anything,” he says. “I just look at it as another arrow in the quiver for every musician in the world — a whole new way of earning a living that we’ve never had before.”