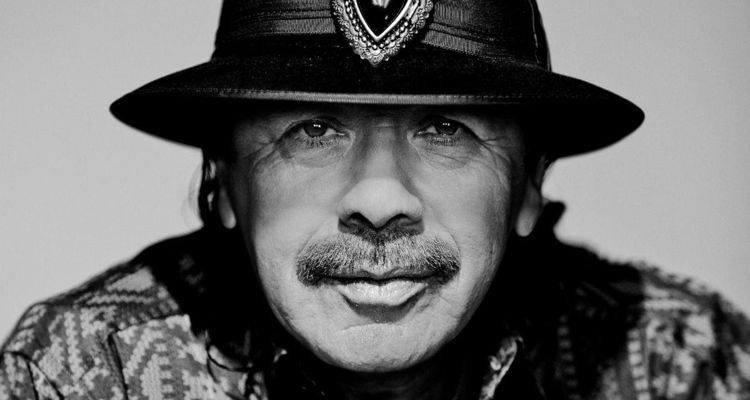 Carlos Santana postponed the next six shows of his tour “out of an abundance of caution” for his health. Santana recently collapsed on stage due to heat exhaustion and dehydration but is said to be doing well.

Guitar legend Carlos Santana has postponed the next six shows of his Miraculous Supernatural 2022 Tour: Santana + Earth, Wind & Fire. Michael Vrionis, President of Universal Tone Management, said that the postponement was “out of an abundance of caution for the artist’s health.”

“I regret to inform you that the Santana band has postponed tonight’s show at Ruoff Music Center in Noblesville, Indiana,” Vrionis stated. “And, we are postponing the July 9 show at Riverbend Music Center in Cincinnati, Ohio; July 10 at American Family Insurance Amphitheater – Summerfest Grounds in Milwaukee, Wisconsin; July 12 at Walmart Arkansas Music Pavilion in Rogers, Arkansas; July 15 at Dos Equis Pavilion in Dallas, Texas; July 16 at Cynthia Woods Mitchell Pavilion in Woodlands, Texas.” Vrionis concludes, “Doctors have recommended that Mr. Santana gets rest to recuperate fully.”

The 74-year-old Santana was taken from the stage earlier this week due to chronic heat exhaustion and dehydration. Local reports say that Santana had stopped playing, sat down in front of the drums to avoid a potentially dangerous fall, and lost consciousness. Staff and EMTs were quick to come to his aid. Santana regained consciousness and waved at fans before being transported in an ambulance and admitted to a local hospital.

Santana is said to be doing well, and his shows from July 23 in Paso Robles, California, through the end of 2022 are still confirmed to continue as scheduled.

“Carlos is doing well and is anxious to be back on stage soon. He just needs rest,” says Vrionis. “Santana profoundly regrets these postponements of his upcoming performances; but, his health is our number one concern. He is looking forward to seeing all of his fans very soon.”

Live Nation will announce the rescheduled show dates, and all previously purchased tickets will be honored for the new dates.