Warner Records and Bose Unveil ‘First of Its Kind’ Merch-Backed NFT Project — But Is It Too Late? 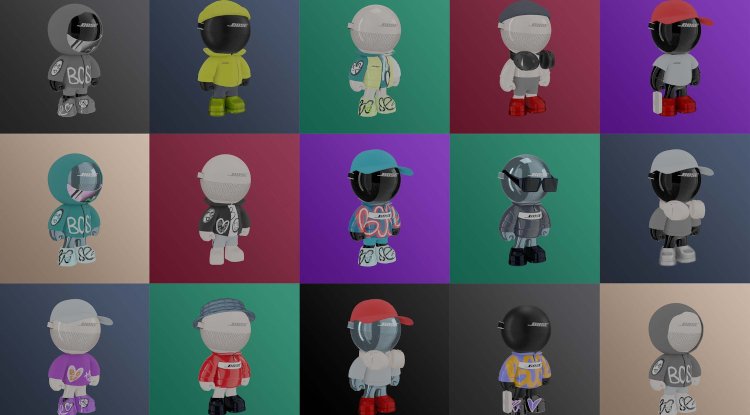 Warner Records and Bose have officially partnered to release a “first of its kind” non-fungible token (NFT) collection, and amid a massive falloff in the space (as well as the broader crypto sector), the NFTs will be free to mint.

Bose, Warner Records UK, and The Stickmen Project just recently unveiled the 5,000-token NFT series, dubbed Stickmen Toys and featuring both audio and visual components. On this front, the project’s website elaborates that each of the Bose Stickmen Toy NFT characters “comes with its own 30 second track, as well as custom designed, hand painted traits, unique from the main collection of NFTs.”

Moreover, these 30-second tracks have been “generated from a range of bass lines, drums, melodies, sound effects and vocal samples produced originally by The Stickmen Project,” whose two members aren’t strangers to giveaways and similar promotional efforts.

The NFTs’ mint date will be announced sometime down the line, organizers likewise disclosed, and as highlighted at the outset, “Warner Records are giving holders ownership of the visual and audio IP” from the tokens.

The token’s holders will also have access to exclusive merch and “The Playground,” or “a community with perks such as live events, Stickmen Toys streetwear, physical collectibles, and future Warner Records NFT projects,” per the involved teams.

Addressing the NFT collection in a statement, Warner Records VP of audience and strategy Seb Simone emphasized the perceived potential of NFTs to connect artists and fans in the digital age.

“NFTs present a powerful extension of the artist-to-fan relationship, giving people the opportunity to invest in an artist’s future success and providing them value along the way,” said the 10-year Warner Records veteran Simone. “We’re proud to be the first major label providing collectors with authentic and meaningful ownership of the underlying audio-visual copyright, free to collectors. We’re even more thrilled to be collaborating with Bose on adding further value to the project.”

Notwithstanding the initially mentioned NFT decline – sales are reportedly down 92 percent year-over-year to this point in 2022 – a number of fans are expressing support for and interest in the Bose-Stickmen Toys tie-up on social media.

Needless to say, though, the digital goods will become available for the ultra-affordable cost of free, providing owners with perks including seemingly desirable real-world products. Building upon the point, many successful NFT initiatives – from The Chainsmokers’ giving away a portion of their royalties via tokens to Coachella’s auctioning off lifetime passes – would have presumably achieved similar results if they’d commenced outside the non-fungible token sphere.

Nevertheless, all manner of music-focused NFT startups (Our Happy Company, Fuel, anotherblock, FanTiger, Highlight, Afterparty, and the revamped LimeWire among them) have closed multimillion-dollar raises this year, and Spotify looks to be taking steps to expand its presence in the segment. Meanwhile, NFT diehards including Snoop Dogg still believe that non-fungible tokens are the future of the music industry.