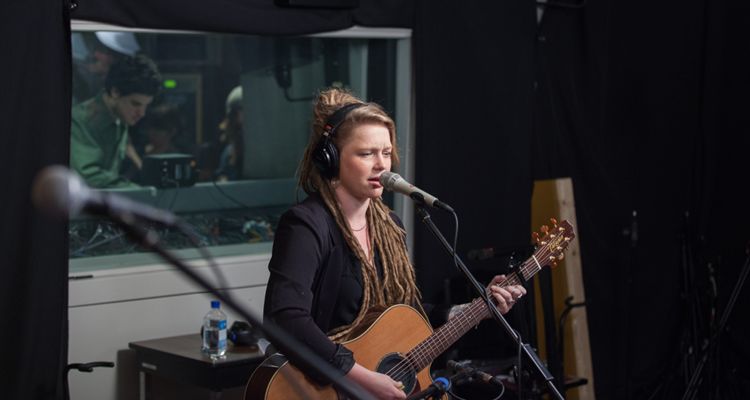 Crystal Bowersox, an American Idol runner-up contestant, says that the show told her to stop performing local gigs — but she broke the rules to preserve her “sole source of income.”

In a recent interview with Insider to celebrate the show’s 20th anniversary, Bowersox was one of many contestants to speak on their experiences auditioning for and performing on American Idol. The season nine finalist said the show required her not to take outside performance jobs between auditions from summer 2009 to January 2010 to keep her spot on the show a secret per the non-disclosure agreement.

“Telling me I couldn’t perform? That was my sole source of income,” says Bowersox, then a 24-year-old mother to a newborn.

She relied on performing local gigs to make money, so she “went into hiding under another name” to continue to do shows for income. Additionally, Bowersox says that because she had “zero experience” in the music industry or with the legalities of the situation, the experience was far more frustrating.

“They tell you you’re not supposed to perform or tell anyone. Your family has to sign contracts, non-disclosure agreements,” she says. Despite her precautions, news of one of her undercover gigs surfaced, but Bowersox says she was able to avoid disqualification.

The singer says she was hesitant to audition for the show in the first place but that her “pride had to be swallowed” to continue providing for her family. She decided to make the five-hour drive from Illinois to Ohio — with her infant son in tow — to audition for American Idol season nine.

“I was camping out at my dad’s house on the living room floor, and playing the $50 bar gigs was not going to cut it while caring for my child,” says Bowersox.

Ultimately, she charmed the judges with her rendition of Erma Franklin’s “Piece of My Heart,” earning herself a ticket to Hollywood. She placed second behind Lee DeWyze.