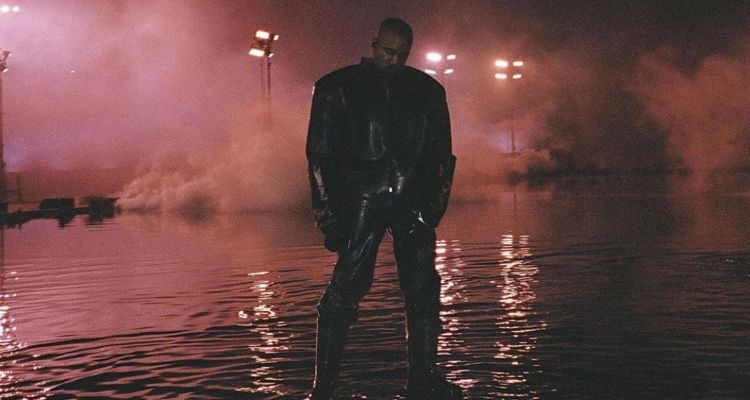 According to the filing — sent to Digital Music News on Thursday — Kanye’s team promised to settle past-due payments with the reported $9 million paycheck from his Coachella performance in April 2022. Mere weeks before the event, Kanye pulled out of the festival – leading to Phantom incurring an additional $1.1 million in cancellation fees and vendor payments.

In total, the LA-based design and production firm Phantom Labs is suing Kanye West ‘Ye’ for withholding over $7.1 million in payments, accrued between June 2021 and March 2022.

Phantom collaborated with ‘Ye’ on several large-scale projects and events. These included four weeks of ‘Sunday Service’, the ‘Free Larry Hoover’ concert at the Los Angeles Coliseum, the ‘Listening Event’ for Donda 2 album held in Miami, and the Coachella music festival—from which Kanye famously nixed at the 11th hour.

Phantom maintains that they deployed in-house talent and contracted third-party vendors and merchants, incurring millions to ensure all the work requested was completed as agreed.

The firm clarified that although Ye’s representatives made timely payments during initial collaborations, ‘significant overdue invoices began to pile up, totaling millions of dollars.’

According to the lawsuit filed in the Superior Court of California, Phantom states that judging from recent events and interactions, Ye seems to have no intention of settling past-due payments of over $7.1 million.

Phantom Labs has laid out a timeline of events that incurred these invoices.

Also in October 2021, Ye’s agents requested that Phantom produce four ‘Sunday Service’ events in LA, with the promise of timely payment according to an approved budget. These events took place on November 7th, 14th, 21st, and 28th, but Phantom was never paid.

In November of 2021, after repeated reassurances by Ye’s reps that payment would soon be made, Phantom also rendered services for ‘Yeezy Music Department,’ which included paying an artist, arranging expenses for travel and accommodation, and outfitting a music studio.

Ye’s team then promised that requisite fees would be added to the reconciliation for outstanding expenses, and contracted Phantom Labs for ‘Yeezy Architecture,’ which pertained to a property renovation in Los Angeles. After completion of agreed-upon services, Phantom received only partial payment.

In the first week of December 2021, Phantom was once again assured that outstanding invoices would be paid promptly, and was signed to scout locations in Florida for building a recording studio for Ye. After completion of the service, Ye decided he would rather have the studio in LA, and Phantom refitted what’s called the ‘Soho Warehouse.’

This was followed by non-payment for the ‘Free Larry Hoover’ concert in the LA Coliseum, and a ‘Listening Event’ for Donda 2.

Phantom admits that they were reluctant to enter into new projects with Kanye as millions were owed by this point. However, after repeated promises and assurances of payment from Ye signing an upcoming streaming deal, along with ‘extra’ payments, Phantom went ahead and continued to provide services.

Phantom maintains that Ye publicly blew up that streaming deal, the payment from which was supposedly going to settle Phantom’s invoices.

Following that debacle, third-party vendors and merchants refused to work with Phantom unless their invoices were cleared. With that, Ye representatives agreed to pay a small installment.

After repeated attempts to retrieve the outstanding payment, Phantom Labs extended a proposal: they would waive-off production/agency fees if the balance was paid promptly in full—but Ye’s team did not make the payment as agreed.

After all arrangements were made for Ye’s Coachella performance, the rapper suddenly pulled out of the festival. This left Phantom with the burden of cancellation fees and vendor charges worth an additional $1.1 million.

Phantom’s lawsuit states that Ye’s representatives “continued to delay and evade payment,” and added “of the approximately $7,154,177.67 owed, [Ye] has not paid Phantom one cent, despite repeated requests for payment.”

Earlier this month, Kanye West was also sued for $416,000 by the David Casavant Archive, a rare fashion rental company. According to reports, Archive claimed that West has withheld 13 rare clothing items since March, and his company Yeezy has failed to respond to “numerous inquiries” of the overdue fees.