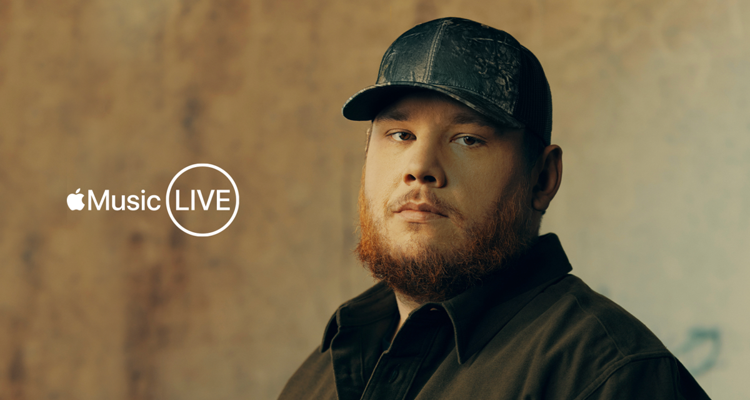 Luke Combs is just the latest performer to take the stage for Apple Music Live, an exclusive live performance series on Apple Music. Apple launched the new feature this spring and has featured superstars from a wide array of genres, including Harry Styles and Lil Durk.

“Apple Music has been a big part of helping me get my music out to my fans, so I jumped at the idea of being able to play a special live show for them to enjoy,” Luke Combs says in a statement about the upcoming performance. “I also couldn’t think of a better place to do it than back home in North Carolina at Coyote Joe’s – a venue that I have lots of great memories at. I’m really looking forward to playing the full album live for the fans and everyone being able to watch it on August 24th.”

The New York Times has called Luke Combs “the most promising and influential new country star of the last five years.” His recent single, “The Kind of Love We Make” recently became his third hit to reach the top 10 of the Global Daily Top 100. Combs also recently joined host Zane Lowe on Apple Music 1 and Kelleigh Bannen on Apple Music Country to discuss his latest music release.

Luke Combs is continuing his tour throughout this year with an upcoming stadium show at Atlanta’s Mercedes-Benz Stadium and his sold-out, “Middle of Somewhere Tour” this fall.