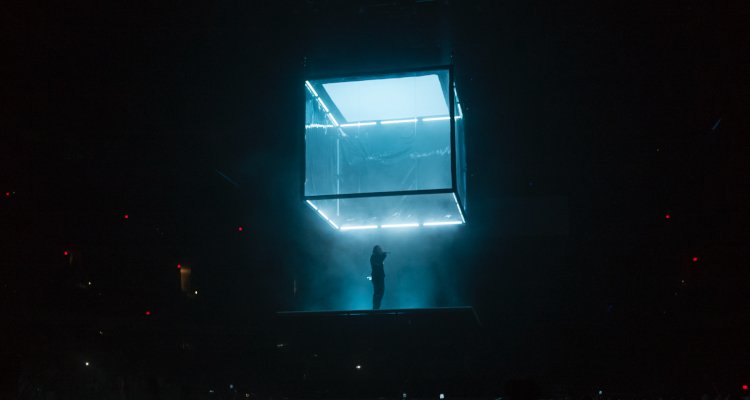 Following the start of The Weeknd’s After Hours Til Dawn Tour, Kendrick Lamar kicked off his 65-show Big Steppers Tour last night with a performance in Oklahoma.

More than a few fans captured clips of the tour’s initial outing, which took place specifically at Oklahoma City’s Paycom Center. Kendrick Lamar entertained the audience – and set the stage for local businesses to try and reach the event’s many attendees – with support from Baby Keem and Tanna Leone.

The lengthy concert series is expected to keep the 35-year-old artist busy well into 2022’s final month, including with stops in the U.S. and Canada through mid-September, a number of shows in Europe in October and November, and a total of eight performances in Australia and New Zealand in December.

Needless to say, the multifaceted international tour’s start represents another positive sign for the wider live entertainment space, which suffered unprecedented damage due to COVID-19 lockdown measures and large-gathering bans.

Despite 2022’s array of domestic concerts, total tickets sold by the top 100 North American tours lagged behind pre-pandemic levels during Q1 and Q2, according to a report. Shows’ average ticket price jumped by double digits from 2019, to $108.20, the analysis also disclosed, but it stands to reason that heightened fuel prices alone are eating up much of the additional revenue.

Worldwide tours didn’t fare as well during H1 2022, the report likewise indicated – underscoring the significance of Lamar’s global series, the North American leg of which is poised to conclude with four performances at Los Angeles’ Crypto.com Arena.

Besides rising costs, concerns about the wider economy (and the impact thereof on consumer spending), and continued COVID considerations, massive tours like those from the former Top Dawg Entertainment artist Kendrick Lamar and The Weeknd will of course have to grapple with the unforeseen obstacles that come with executing any multi-country entertainment endeavor.

For instance, The Weeknd postponed the opening stop (in his native Toronto) on the After Hours Til Dawn Tour due to a network outage. The concert was just recently rescheduled for September 22nd.