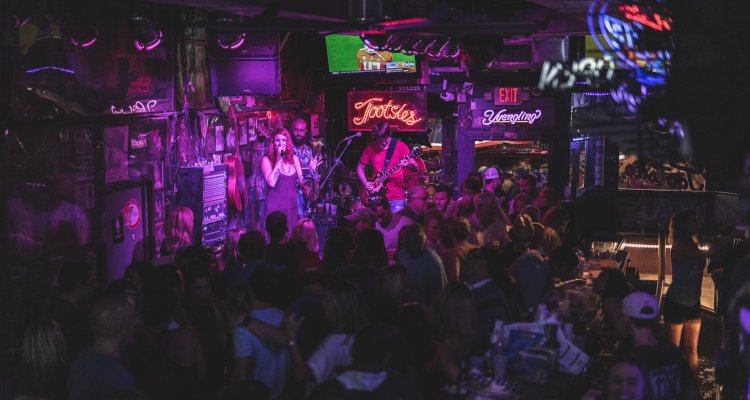 Recognize the Music is working to bring the Audoo ‘Audio Meter’ to public establishments in the UK. Photo Credit: Hari Nandakumar

Recognize the Music, described by its organizers as an initiative “to drive fairer, more accurate royalty payments” by bringing Audoo’s music identification tool to UK venues, has officially debuted.

The companies and groups behind Recognize the Music – the Music Venue Trust, the Featured Artists Coalition, the Association of Independent Music, the Music Managers Forum, and, of course, Audoo – just recently unveiled the project’s rollout via a formal release.

According to this concise announcement message, Recognize the Music aims to equip venues, bars, stores, and other music-playing public establishments with Audoo’s “Audio Meter.” Representing one offering within the long-discussed music identification space, the tool “is fitted with a discrete plug that easily slots into a standard electrical socket” and pinpoints “what music is playing and securely fingerprints it.”

This data – which, the privacy-aware parties emphasized, is collected without “audio ever being stored or sent from the device” – will presumably save businesses “significant time and effort.” More importantly, the play monitor is designed to assure that artists and songwriters “receive the correct royalties they are owed for the broadcasting of their work.”

Recognize the Music has also launched a dedicated website through which interested “early adopter” venues and other public establishments can submit applications to receive the device.

Moreover, the initiative released three promotional videos featuring staff from or owners of UK bars and venues. The interviewed individuals touted the tool’s perceived advantages in terms of simplicity as well as assuring that compensation reaches the appropriate music professionals.

(For reference, PRS for Music has tapped a company called DJ Monitor to spearhead its song-identification undertakings. DJ Monitor maintains “an average of 90% identification,” according to PRS’s website, which likewise notes that there were “33 devices installed in 19 venues across the UK” at the time of writing. These EDM-focused devices “currently can only identify recorded music,” not live performances, per higher-ups.)

Addressing Recognize the Music’s potential impact with regard to delivering paychecks to artists, Featured Artists Coalition CEO David Martin said: “The FAC represents over 4000 artists and most of them are song writers. We provide a collective voice for those artists. The core of what we do is to aim to create fairness and transparency for those artists. This initiative completely aligns with our aim.

Moving forward, it’ll be worth following the Audio Meter’s adoption rate – and the resulting benefits for creators who don’t rack up millions of public plays. Founded in 2018, Audoo itself closed out 2021 by raising £7.2 million (currently $8.63 million) in pre-Series B funding, including support from Paul McCartney’s MPL Ventures.