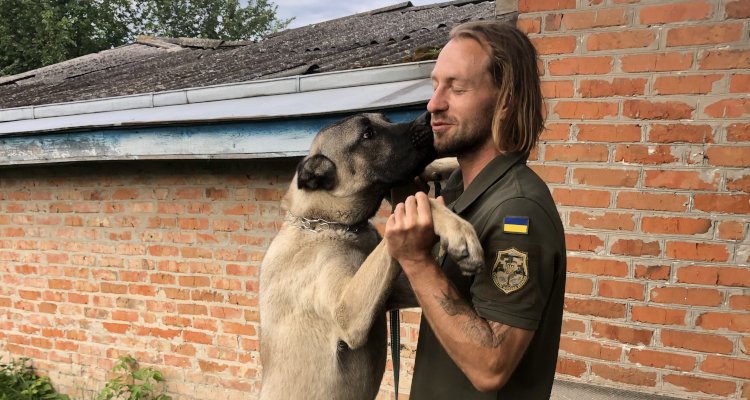 Yevhenii Zhmud, who has received a long-awaited Ticketmaster refund for Coldplay tickets and intends to use the cash to help rescue dogs in his native Ukraine. Photo Credit: Yevhenii Zhmud

Last week, Digital Music News exclusively reported that Ticketmaster had failed to refund the €446.90 (currently $456.87) that a Ukrainian couple had spent on tickets to a Coldplay show. Now, following a decidedly in-depth pursuit of a refund, the would-be attendees have finally gotten their money back.

On January 5th, Odessa’s Anastasia Zhmud purchased two tickets to see Coldplay (her favorite band) perform live in Berlin. She and her husband, Yevhenii, were eagerly anticipating the July 13th concert, but the invasion of Ukraine ultimately made it impossible to travel to and enjoy the show – besides creating a pressing need for the €446.90 (including service fees) that they’d fronted.

Consequently, Anastasia contacted Ticketmaster and Live Nation about three weeks before the gig, requesting a refund or a resale for the pricey passes. Notwithstanding the latter company’s support for Ukraine, however, there was no immediate indication that a refund exception would be made, and the anxious partners told us that they didn’t receive a single response.

With additional messages having also failed to garner a reply from the leading promoter or its ticketing subsidiary, Digital Music News reached out to a Live Nation representative for comment – a move that appeared to set in motion the long-sought refund.

According to Google’s translation of a 200-word-long German-language email sent to Anastasia from Ticketmaster’s “Customer Care Team” in Berlin, staff said that the refund delay “does not correspond to our self-imposed quality standard.” A screenshot of the German-language email sent to Anastasia Zhmud concerning her long-sought refund for Coldplay tickets.

Multiple apologies later, and after reiterating the “several hundred inquiries” that they receive daily as well as their support for “the people of Ukraine,” Ticketmaster’s team members signaled that a full refund was on the way. Anastasia and Yevhenii told DMN early this morning that they’d been credited for their entire payment.

“All this thanks to your help,” the refund recipients said to Digital Music News. “Now this money will go to help the rescued animals. So you did a great job and we all (especially these dogs) are grateful to you.”

Amid this good news for Anastasia and Yevhenii, Ticketmaster is pushing back against customer criticism of its controversial “dynamic pricing,” and particularly the feature’s role in inflating the price of tickets to Bruce Springsteen’s newest tour.

Despite (or perhaps because of) the rare response from the ticketing giant — which has long faced complaints, lawsuits, and calls for regulation over its business practices – more than a few fans are continuing to take aim at the company with firmly worded social media posts.