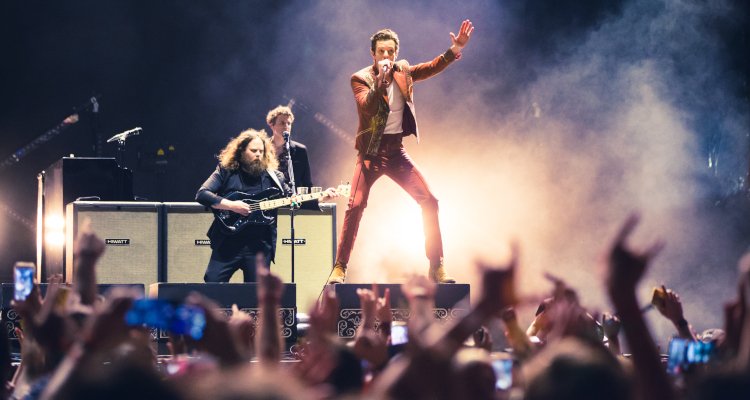 The Killers, whose manager has invested in Creative Intell. Photo Credit: ThorntonDrury

Founded by Winston Entertainment CEO Steven Ship and Boyarski Fritz partner David Fritz, Creative Intell unveiled the multimillion-dollar seed round – and its ambitious vision for the industry’s dealmaking process – this morning. Beginning with the startup’s offerings and goals, the business “is developing a suite of patent-pending, AI-powered legal and educational tools” designed to help artists “make smarter deals,” according to higher-ups.

Among other things, these tools are expected to bring “dealmaking into a networked environment” wherein “contracts can be negotiated on platform by all parties in a seamless, secure, real-time environment,” execs said.

By using Creative Intell, attorneys representing “top acts” will ostensibly have the chance to reduce “tedious, low-value work to free up time for higher value client issues.” And “under-represented or under-resourced artists,” for their part, will purportedly benefit from “end-to-end legal solutions from drafting, negotiating, and signing, to data mining and reporting.”

The platform’s features also include “custom tailored legal documents and embedded educational experiences” designed to explain said documents, Creative Intell communicated. Driving the point home, the company (which is currently in private beta) indicated that it intends to “help artists avoid typical industry pitfalls, and provide transformative education about where to find and how to protect revenue.”

Addressing Creative Intell’s seed funding in a statement, co-founder Steven Ship said: “Everything in music has been democratized except for the legal process. For too long, artists have been left in the dark about how their deals are structured and function. It doesn’t need to be this way. All artists should have access to tools that help them understand the deals they are making.”

Meanwhile, co-founder David Fritz in a statement of his own emphasized the AI side of Creative Intell, specifying: “As an entertainment attorney, I see first-hand the pain points that creators, managers and lawyers experience on a day-to-day basis. We are the first to apply AI to solve these issues, and are uniquely positioned to develop the tools that we know the industry needs and wants.”