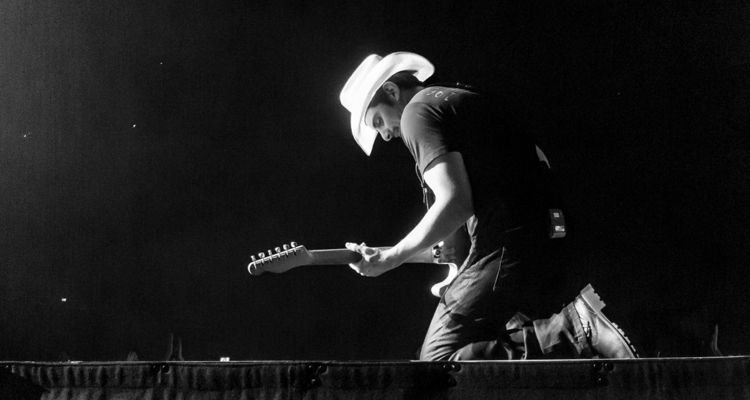 HarbourView Equity Partners have acquired the publishing catalog of Lady A and the recorded music rights of Brad Paisley.

HarbourView launched just nine months ago and has acquired the catalogs of 35 artists since. The firm is focused on investment opportunities in the media and entertainment space, with the latest two acquisitions focused on the country music genre.

Bloomberg reports that Brad Paisley sold his recorded music rights in a deal worth $25 million. Paisley has been a member of the Grand Ole Opry since 2001 and has written 21 of his 24 #1 hits. He was also the first artist to achieve 10 consecutive Billboard Country Airplay #1 singles in the mid-2000s. The deal covers only Paisley’s master recordings.

In addition to the Brad Paisley deal, HarbourView Equity Partners has also acquired the publishing catalog of the multi-Platinum band Lady A. The trio is best known for their 9x Platinum hit, “Need You Now,” which is the highest-certified song by a country group.

The group has sold more than 18 million albums, 34 million tracks and has racked up nearly five billion digital streams with 11 #1 hits in the catalog. Lady A consists of Hillary Scott, Charles Kelley, and Dave Haywood. Terms of the deal with Lady A were not disclosed in the press release.

Sherrese Clarke Soares launched HarbourView Equity Partners in October 2021. The global asset manager has a strategic partnership with Apollo Global Management which serves as the lead investor in HarbourView.

“I’ve created HarbourView because I truly believe that content has the ability to amplify global perspectives and change the world,” Sherrese Clarke Soares said at the time. “The keys to global culture are held by creators of content who have rarely been appropriately valued for their contribution to the world. At HarbourView, we believe the creators of premier content deserve a seat at the table, creatively and economically, to own their narrative and maximize value for all.”