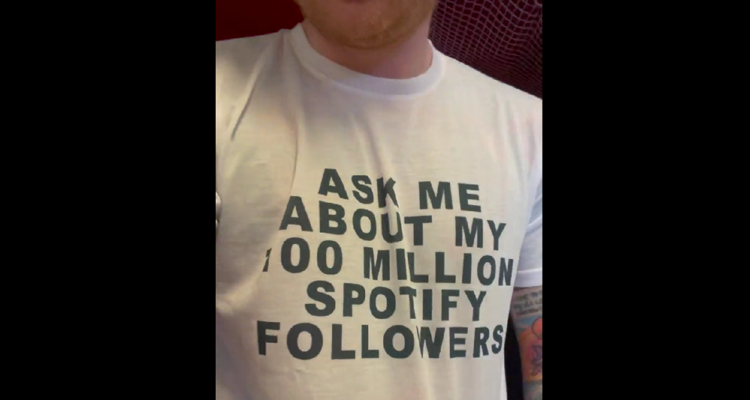 Ed Sheeran becomes the first artist to reach 100 million followers on Spotify and celebrates with a fun video clip.

Spotify sent Ed Sheeran a t-shirt to celebrate the milestone of reaching 100 million followers on the platform — the first artist to do so. The t-shirt reads, “Ask me about my 100 million Spotify followers,” which led to Sheeran sharing a clip where he breaks the news to his team, but not everyone is as excited as he.

“Needless to say, everyone around me is pretty excited about it,” Sheeran wrote in the tongue-in-cheek video’s caption.

Other artists with a similarly large Spotify following include Ariana Grande, with nearly 82 million followers, and Billie Eilish, with over 66 million followers. With such a massive fanbase, it’s an unsurprising yet fitting achievement for Sheeran, whose latest album, =, was released last year.

To celebrate the album, Ed Sheeran is currently on the European leg of his + – = ÷ x (Mathematics) Tour, with plans to bring the show to Australia in early 2023.