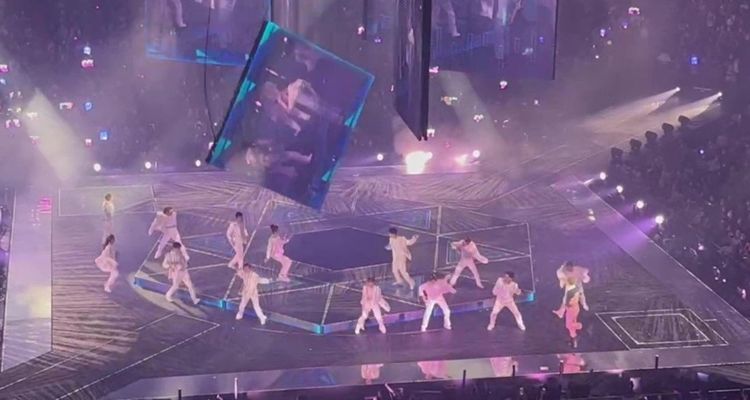 Hong Kong authorities say they are opening an investigation into the massive LED screen falling during a Cantopop concert.

Video clips from the concert of MIRROR showed a massive LED screen falling and striking a dancer directly. The screen then tilts to the side and falls on another dancer. Audience members can be heard screaming in horror as the incident unfolded. Both injured performers were taken to a nearby hospital, where one is listed in serious condition.

Hong Kong leader John Lee says that authorities have opened a comprehensive investigation into the event. They also plan to review safety guidelines to prevent this from happening at future concerts. The Hong Kong government is also helping a family member of one of the injured dancers travel from Canada to Hong Kong to see him.

Concert organizer MakerVille released a statement saying they were ‘deeply saddened’ by the tragic event. They say they will be working with authorities on their investigation. “If we find anything suspicious, or if any person or unit is involved in misconduct, we will immediately report it to the police,” the statement reads.

Authorities are inspecting the venue – the Hong Kong Coliseum – to learn more about what happened. The concert was the fourth of 12 scheduled concerts by the Cantopop group, MIRROR. Tens of thousands of fans bought tickets to the concerts, which have now been cancelled.

“We will do research to find out whether the steel cable broke due to an operational or material problem,” says Kevin Yeung, Secretary for Culture, Sports, and Tourism. “It cannot currently be concluded at this stage.” Yeung adds that the incident has impacted all future events at the Coliseum in the city.