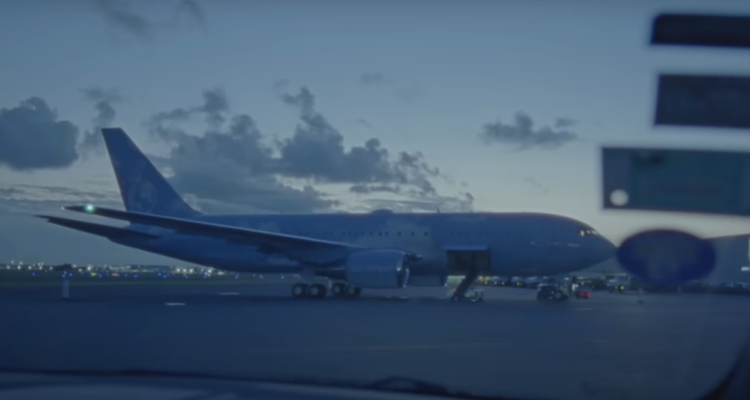 Just days after coming under fire for emissions from his private jet, Drake features it in his “Sticky” music video.

The CelebJets Twitter account has been tracking private jet flights of major celebrities, including Kylie Jenner, Drake, Taylor Swift, and many others. Drake caught flak on the social media network for a 14-minute flight the private jet took from Toronto Pearson (YYZ) to Hamilton International Airport (YHM) in July. The flight consumed an estimated 2,694 lbs of jet fuel and emitted four tons of carbon dioxide (CO2) into the air.

“I think we need to as a society have a conversation about whether we should be allowing these private flights to be happening in the first place,” Ian Borsuk, a climate campaign coordinator, said about the flights. The topic became such a hot one that Drizzy himself responded on Instagram.

“This is just them moving planes to whatever airport they are being stored at, for anyone who was interested in the logistics, nobody takes that flight,” Drake writes. But critics point out how having a vehicle that needs to be stored by taking flights no one is on is even more wasteful than initially reported. “Don’t you see how that’s worse?” one fan asked the rapper on Instagram.

Now Drake’s private jet is featured in his latest music video, “Sticky.” You can see the jet in the video below around the 1:55 mark.

Private jets are estimated to emit more than 33 million tons of greenhouse gases each year. That’s more than the country of Denmark, and they pollute 50 times more than trains due to the small number of people they carry. That means Drake’s private jet flights that taxi the plane to another airport are even more carbon-intensive.

“Drake’s living in his own meme if he thinks an empty private jet flight is better than a wasteful one with a celebrity on board,” Scott Hochberg, a transportation attorney at the Center for Biological Diversity, told The Guardian.

“Ultra-short, non-essential flying only multiplies the journey’s climate impacts and we hope celebrities will wake up to the damaging impact of their frivolous flying.”