Muse NFT Album To Be Chart Eligible in the UK 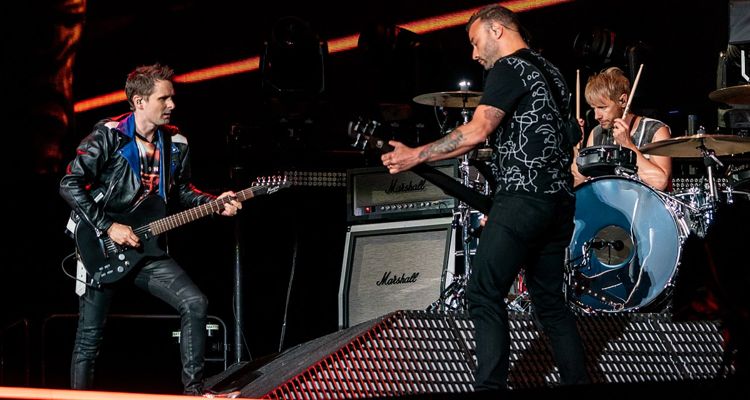 Muse is set to become the first music act with a chart-eligible NFT album.

British rock group Muse and Warner Music UK have partnered with eco-friendly web3 music marketplace Serenade for the release of Muse’s ninth studio album, Will of the People. The record, set to be released on August 26, features the singles “Won’t Stand Down,” and “Compliance,” and will be available on physical formats (CD, vinyl, and cassette) in addition to download and streaming services. The world-first Digital Pressing version will be a limited edition collectible and the first new chart-eligible format since the inclusion of album streams in 2015.

NFTs have always been chart-eligible, provided they conform to existing chart rules, but Will of the People is the first release with a chance of charting that is prepared in an NFT format. While previous albums have come bundled with an NFT, no release has yet charted where the album itself was in an NFT format.

Serenade defines a Digital Pressing as a standalone, chart-eligible release — as opposed to being part of a wider release as a bundle — designed to cater to a “superfan’s” appetite for exclusivity and community recognition.

“What a fan wants is something simple and understandable but that gives them a sense of proximity to an artist and a sense of recognition from other fans,” explains Max Shand, founder of Serenade.

Shand describes the Muse Digital Pressing as “the black T-shirt of NFTs” — a digital format that is straightforward to buy and practical in function. Unlike with most NFTs, buyers will not need an existing crypto wallet. Serenade’s website handles the purchase, where a digital wallet is created, and the NFT is automatically transferred. Still, if a user has an existing crypto wallet, they can use that instead.

“There has been loads of noise about NFTs being the future of music, the future of entertainment, the future of ownership,” says Martin Talbot, chief executive of the UK’s Official Charts Company (OCC). “It’s great this is becoming a reality.”

The OCC made NFT albums eligible for charts several months ago, but this will be the first release where the vendor is approved as a chart-return digital retailer. Talbot says the Muse release didn’t force an update of the OCC’s chart-eligibility rules but will be the first in its format that meets the entry criteria.

“As a simple, standardized, and chart-eligible format, Digital Pressings will be a game-changer on the global stage, and we wouldn’t have been able to achieve this without the support of the visionary teams at Warner Records and the Official Charts Company,” adds Shand. “I have always been a huge fan of Muse, so I am beyond excited that they will be the first artist to release a Digital Pressing with Serenade.”

The Muse NFT release is limited to 1,000 copies globally. Buyers get a downloadable version of the album in high-res FLAC files with its own custom sleeve digitally signed by the band. Buyers will have their names listed on the linked roster of purchasers for recognition.