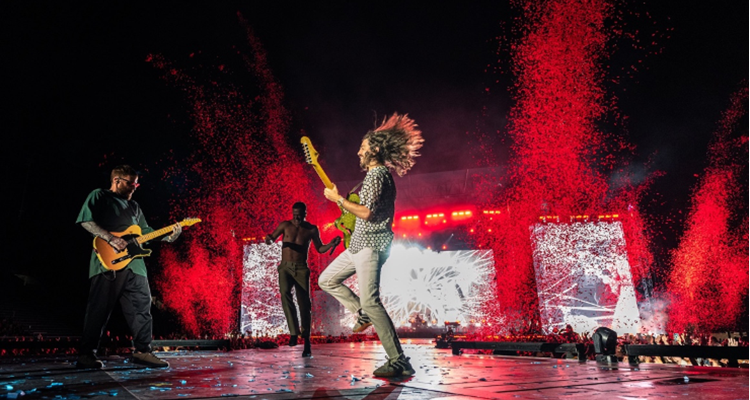 The Grammy award-winning band started off their massive North American tour Friday night. Imagine Dragons played to a sold-out crowd of over 40,000 fans in Salt Lake City, Utah, at Rice-Eccles Stadium. The Mercury Tour will stop in Boston, Toronto, the band’s hometown of Las Vegas, and wraps up in Los Angeles, completing the biggest North American shows of their career. At their Salt Lake City show, the band dedicated their song “Believer” to Ukraine and spoke briefly against the Russian invasion there.

“The crowd was on its feet from the moment the band took the stage until the last chord of the final song vibrated through the breeze,” says the Salt Lake Tribune’s review of the show. “More than a decade after their start in Utah clubs, Imagine Dragons continue to deliver for their fans, putting together a welcoming, brilliant environment. The first show of the Mercury World Tour was a triumph, and shows what it means to attend a concert in 2022.”