Rapper Fetty Wap Arrested Over Threat to Kill Someone Over FaceTime 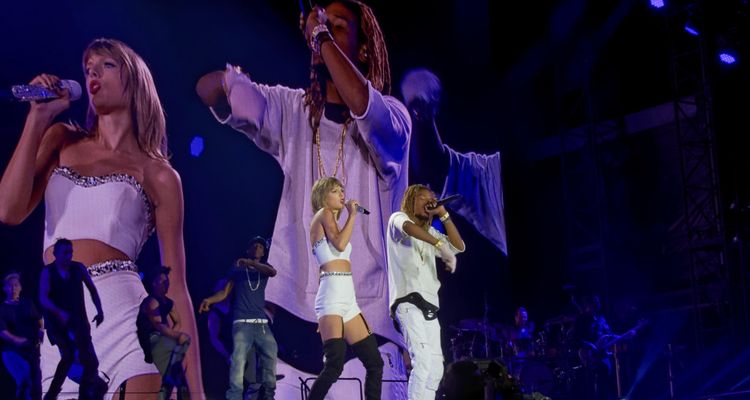 Rapper Fetty Wap was arrested for violating the terms of his bail after threatening to kill someone over FaceTime.

The rapper, whose real name is Willie Junior Maxwell II, was arrested in New Jersey on Monday morning. NBC News reports that U.S. Magistrate Judge Steven Locke revoked Fetty Wap’s bond on Monday, and the rapper will remain behind bars.

The government obtained a video of a FaceTime call where Fetty Wap threatened an unnamed person on December 11, 2021. The rapper pointed a gun at the person and said “I’mma kill you and everybody you with,” repeating the phrase “I’m gonna kill you” several times in the call.

The threat and possession of a firearm is a violation of state law and the terms of his bond. Fetty Wap was released on November 5 on a $500,000 bond following allegations of conspiracy to possess and sell controlled substances.

The rapper was arrested in New York on October 28, 2021, and he pleaded not guilty to those charges. He was one of six people indicted in the federal case, which alleges a plan to distribute more than 220 pounds of drugs to dealers who sold them in New Jersey and New York.

Fetty Wap was released under court-imposed conditions that he does not violate state, federal, or local laws. Specifically the possession of a firearm “or any destructive weapon.” The rapper has been in trouble with the law on and off throughout his career. In 2019 he was accused of assaulting employees at a hotel. A parking attendant alleged the rapper hit him after he got into an argument with him.

The rapper was also arrested in 2017 and charged with DUI after police say he was caught drag racing on the highway in New York. Fetty Wap’s lawyer has not issued a comment since the rapper’s arrest. He was scheduled to perform in Mobile, Alabama on August 19 and Austin, Texas on August 27. Fetty Wap’s debut single, “Trap Queen,” propelled the rapper into the mainstream when it hit #2 on the Billboard Hot 100 chart in May 2015.