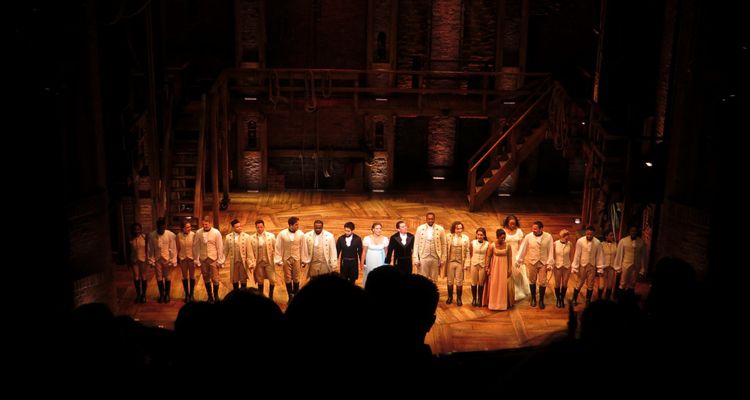 An unauthorized Hamilton production with Christian lyrics has drawn the ire of creator Lin-Manuel Miranda.

A Christianized version of the musical was produced by RGV Productions, which operates The Door Christian Fellowship Ministries in McAllen, Texas. The unauthorized Hamilton production was streamed live on August 5 & 6, prompting the playwright to comment on Twitter.

“Grateful to all of you who reached out about this illegal, unauthorized production. Now lawyers do their work. And always grateful to the Dramatists Guild, who have the backs of writers everywhere, be it your first play or your fiftieth,” the playwright said.

Lin-Manuel Miranda’s comments came on a retweet of a post by the Dramatists Guild condemning the unauthorized reproduction. “The Dramatists Guild condemns The Door McAllen Church for its unauthorized production of Lin-Manuel Miranda’s groundbreaking musical, ‘Hamilton‘ performed on August 5 and 6 in McAllen, Texas,” the statement reads. “In addition to performing the show without a license, the Door McAllen Church changed lyrics and added text without permission.”

Many of the alterations featured in the church’s version of Hamilton feature many references to Jesus. There’s another scene in the show where Alexander Hamilton finds Jesus and has a conversation with him. Following the production, the church’s associate pastor delivered a sermon and asked people to turn to god over their struggles with “drug addiction and homosexuality.”

A spokesperson for Hamilton issued a statement condemning the production, too. “Hamilton does not grant amateur or professional licenses for any stage productions and did not grant one to The Door Church,” the statement from Shane Marshall Brown reads.

“We issued a cease-and-desist letter for the unauthorized use of Hamilton’s intellectual property, demanding the immediate removal of all videos and images from previous productions on the internet, including YouTube, TikTok, Facebook, Instagram, their own website, and elsewhere. The Hamilton family stands for tolerance, compassion, inclusivity, and certainly LGBTQ+ rights. We are in the process of reviewing the unauthorized changes made to the script to determine further action.”