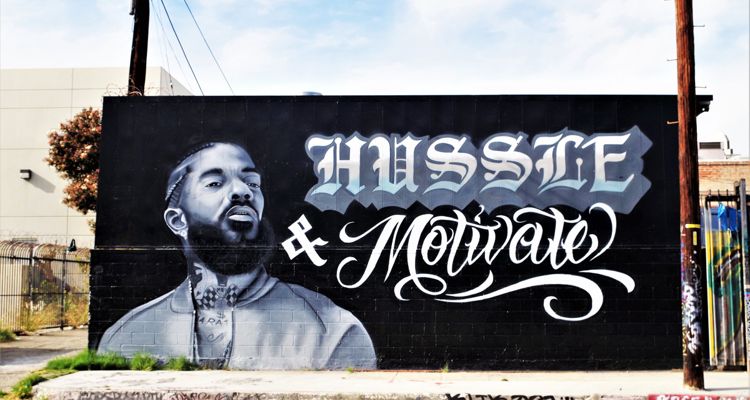 Nipsey Hussle was honored with a star on the Hollywood Walk of Fame on what would have been the rapper’s 37th birthday.

Hollywood Boulevard bustled with hundreds of fans attending the ceremony Monday to honor rapper Nipsey Hussle with a posthumous star on the Hollywood Walk of Fame. The rapper’s grandmother, Margaret Boutte, accepted the award on the family’s behalf, while his sister Samantha Smith and his longtime girlfriend, Lauren London, featured as guest speakers. Hussle’s is the 2,729th star on the Hollywood Walk of Fame.

“Nipsey Hussle was more than just a creative genius; he was committed to helping his community through savvy business moves and charitable contributions,” said Ana Martinez, Producer of the Hollywood Walk of Fame. “We’re honored to unveil his star on what would have been his 37th birthday.”

Nipsey Hussle was born Airmiess Joseph Asghedom in the neighborhood of Crenshaw in southern Los Angeles. He rose from the gang-controlled streets to become one of the most influential rappers of his time. Hussle worked hard to implement efforts to help the Southern Los Angeles community and keep others away from a life of crime. He bought shoes for students, provided jobs and shelter for the homeless, and repaved basketball courts in his work as a community leader.

On March 31, 2019, Nipsey Hussle was shot dead at age 33 in the Marathon Clothing Store — which he helped launch years prior — by Eric R. Holder, who was recently found guilty of first-degree murder. Thousands mourned at Hussle’s public funeral at the Los Angeles Staples Center.

“I think I speak for the entire city of LA when I say that we’ve always known Hussle was destined for greatness,” London said. “This moment only amplifies this for us. Nip would’ve been honored by this moment.”

“He lives forever,” said Boutte. “I look at his picture and remember all the wonderful times we had together. Nipsey, I love you, I miss you, but you’re close at heart, always.”