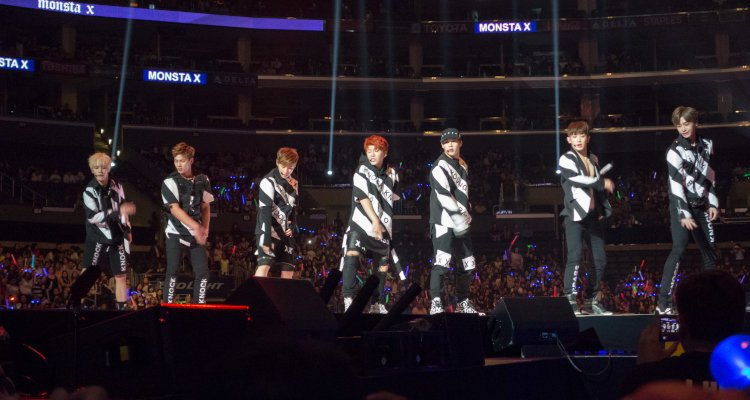 Germany’s CTS Eventim has officially partnered with South Korean “immersive entertainment brand” KAMP Global to promote a festival called KAMP LA 2022, which execs say will be “one of the biggest live-music K-pop experiences in history.”

CTS Eventim’s Eventim Live Asia division and KAMP Global just recently announced KAMP LA 2022, which is slated to take place on October 15th and 16th at Los Angeles’ Rose Bowl Stadium. Per the involved companies, well-known K-pop acts including Monsta X, EXO’s Kai, iKon, BamBam, and Zion.T (in what will be his first stateside show) have signed on to play the two-day event.

Organizers intend to reveal additional booked artists (including more headliners) “in the coming weeks,” and besides an array of K-pop performances, the happening is expected to feature “arts, culinary, gaming, and significant brand collaborations,” higher-ups disclosed.

Among these brand collaborations is a pact with the seemingly popular music channel Dingo Music and i-Aurora, described as “South Korea’s leading personalized card payment system.” As part of the deal, passholders will have the chance to receive “personalized, collectible KAMP LA-branded South Korean payment-approved cards.”

Fans have until tomorrow night to register for KAMP LA’s presale tickets, which are scheduled to go on sale at 10 AM PST this Friday. According to the mega concert’s website, said presale passes (presumably covering both days) will set attendees back $179 plus fees.

Addressing the quick-approaching festival in a statement, KAMP Global CEO Tim Kim emphasized his ambitious vision for global K-pop events in the approaching months and years.

“We want KAMP LA to be the ultimate K-pop experience in all aspects,” said the Jones & Rocket Investments co-founder Kim. “U.S. fans have waited so long for great music because of the pandemic–they need to see their favorite artists for the first time in two years in many cases.

“Everyone in K-pop wants to break into America,” continued Kim, who launched KAMP Global in November of 2019. “There’s a deep connection between Korean culture and L.A. This was always the place to start. But we are also going to bring K-pop worldwide with KAMP and Eventim Live Asia. We will go to all markets where K-pop resonates—which is everywhere these days. KAMP isn’t just about mega-concerts or historic events—it’s a culture.”

Regarding the genre’s international reach, this year’s first eight and a half months have brought the announcement of a Seoul stadium that will exclusively host K-pop concerts, while KPOP.FLEX, billed as “Europe’s largest K-pop festival,” livestreamed its 2022 edition to viewers around the globe.