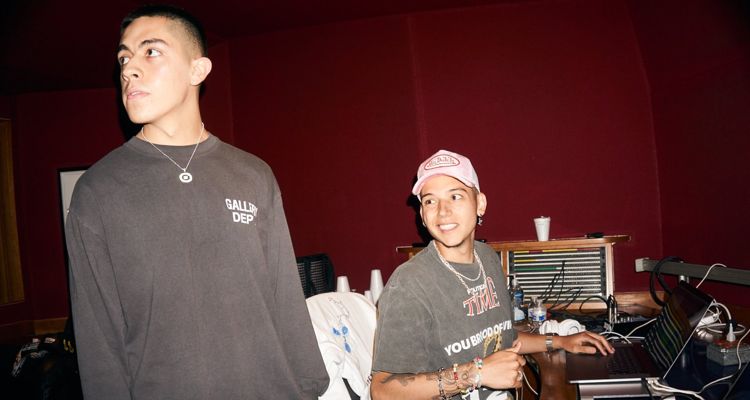 Nicolas Jaña, artistically known as Taiko, began creating beats at the age of 15. He started by uploading his music to Instagram, where he caught the attention of Sony Music Publishing songwriter Sky Rompiendo. Rompiendo signed Taiko to his label, Black Koi Entertainment.

Over the years, Taiko has gained great recognition within the Latin urban genre, producing chart-topping hits for some of today’s biggest superstars. Taiko has worked with J Balvin, Bad Bunny, Ozuna, Zion & Lennox, Paloma Mami, and many others.

“Happy to join the Sony Music Publishing family and take a new step together with Black Koi, who have accompanied me throughout this journey,” Taiko says about the new deal. “I’m really enjoying the process and I’m excited for what’s to come.”

“We are thrilled to be working with Taiko. Together with Sky and Black Koi Entertainment, we can’t wait to collaborate with him and contribute to what’s already starting to be a stellar career,” adds Jorge Mejia, President & CEO of Sony Music Publishing Latin America & US Latin.

Taiko has delivered hit after hit through his rapidly growing career. His first production under Black Koi Entertainment saw him teaming up with Jhay Cortez for the hit, “Easy,” which skyrocketed in popularity and led to the official remix with Ozuna. After that, the Chilean producer joined forces with Paloma Mami for her hit, “Mami.”

Taiko also worked with J Balvin on “Rojo,” which led to his first Latin Grammy nomination. Following that was the hit “Una Vez” with Bad Bunny and Mora. Later, Taiko also teamed up with J Balvin yet again to produce “Tu Veneno,” which reached #1 on Billboard’s Latin Airplay Chart within its first week of release.

Taiko is continuing to build his thriving career, positioning himself as one of the most sought-after producers and artists in the Latin urban genre.