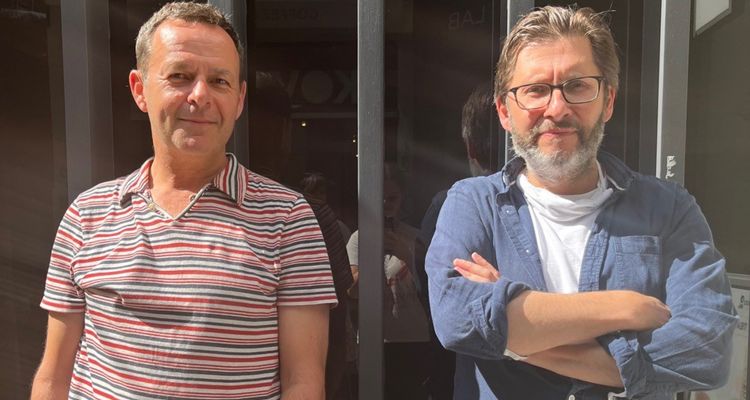 In launching Sonorous Trident into a pre-eminent sound facility, the company’s founders, industry legends Mike Prestwood Smith and Howard Bargroff (pictured), acquired a top team of artists to create a “vibrant filmmaker-friendly hub” for sound at the highest level. Prestwood Smith and Bargroff will join Streamland Media’s Formosa Group in the acquisition.

Sonorous Trident is a legendary studio that will only aid in creating a significant hub for filmmakers worldwide. Many influential musicians recorded historic albums at the Trident studio from 1968 to 1981, including The Beatles, David Bowie, Elton John, and The Rolling Stones.

“We’re genuinely thrilled to welcome Mike, Howard, and their incredible ensemble to our Formosa Group family,” says Bob Rosenthal, Formosa Group Founder. “Exceptional artists are the very backbone of Streamland Media, so we can’t wait to collaborate with this talented Trident team. This is a fantastic opportunity for all of us involved and for the remarkable filmmakers whose vision we share.”

Mike Prestwood Smith’s extensive credits as a re-recording mixer include Aladdin, Rocket Man, Harry Potter and the Prisoner of Azkaban, and several films in the James Bond and Mission Impossible franchises. He received a BAFTA Award for Best Sound for Casino Royale (2007) and has won an additional 10 BAFTA Film nods during his career. He has received Oscar nominations for his contributions to Captain Phillips (2014) and News of the World (2021).

“Joining Formosa Group and bringing their ‘talent-first’ approach to the UK with the goal of shaping a world-class, creatively focused sound facility has been a long time in the making,” says Prestwood Smith. “We are very proud to be a part of this extraordinary global creative community.”

Howard Bargroff has mixed many features throughout his career, including Men and Tinker Tailor Soldier Spy, for which he received a BAFTA Film Award nomination in 2012. He won a 2021 Daytime Emmy for his work on The Letter for the King, and has been nominated for a Primetime Emmy on nine occasions. Bargroff has earned BAFTA TV Awards for A Very British Scandal (2022), The Night Manager (2017), and Sherlock (2012). His additional television credits include Devs, The Lost King, The Two Faces of January, The Irregulars, and many more.

“This opportunity to build on our brilliant team and further expand Trident Studios into a vibrant state-of-the-art facility is fantastic,” Bargroff adds. “We have a magnificent team and creative space which we can take to a whole new level as part of Formosa Group.”

“Bringing Sonorous Trident into Streamland Media combines industry-leading artists with our world-class technology to give filmmakers the creative-driven, customized service they desire,” concludes Streamland Media CEO Bill Romeo. “The bedrock of Streamland Media’s vision is to meet storytellers when, where, and how they create and support their vision with talent and facilities that fit their needs perfectly. We’re excited for this growth which gives us another opportunity to connect local creative communities on a global level.”