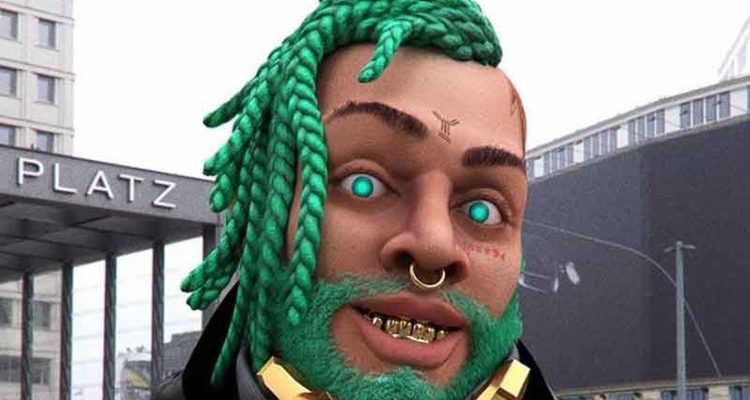 Earlier this month, Capitol Music Group proclaimed FN Meka as the first virtual artist to be signed by a major label. Now, just two weeks later, FN Meka is also the first virtual artist to get dropped by a major label. According to Capitol, FN Meka was nixed from the roster following allegations of racism and cultural appropriation. Shortly after the termination, FN Meka’s music was wiped from streaming music platforms like Spotify.

“Capitol Music Group has severed ties with the FN Meka project, effective immediately,” a label representative emailed Digital Music News. “We offer our deepest apologies to the Black community for our insensitivity in signing this project without asking enough questions about equity and the creative process behind it. We thank those who have reached out to us with constructive feedback in the past couple of days — your input was invaluable as we came to the decision to end our association with the project.”

FN Meka, which is algorithmically modeled after popular rappers with AI-driven songwriting and lyrics, also pulls from thousands of data points across gaming, social media, and music. But that mimicry quickly landed FN Meka in hot water once signed to Capitol. Of particular concern was the robot’s use of the n-word and other lyrics deemed offensive, among other factors.

The decision by Capitol closely followed a public protest by music industry group Industry Blackout, which describes itself as “a unified body of black people in the industry committed to changing the community.”

“[FN Meka] is a direct insult to the Black community and our culture,” Industry Blackout declared in a Twitter post. “An amalgamation of gross stereotypes, appropriative mannerisms that derive from Black artists, complete with slurs infused in lyrics.”

“This digital effigy is a careless abomination and disrespectful to real people who face real consequences in real life,” the group continued. “For example, Gunna, who is currently incarcerated for rapping the same type of lyrics this robot mimics. The difference is, your artificial rapper will not be subject to federal charges for such. For your company to approve this shows a serious lack of diversity and a resounding amount of tone-deaf leadership. This is simply unacceptable and will not be tolerated.”

The group demanded the immediate termination of the FN Meka project, the removal of all music released, a public apology, and the reallocation of all funds budgeted for the robot rapper “to charitable organizations that directly support Black youth in the arts, as well as marketing budgets for Black artists signed to Capitol Records.”

“We look forward to your response and compliance,” the group concluded.

The virtual rapper first bubbled on SoundCloud and eventually blew up on TikTok before attracting major label attention. Just recently, FN Meka collaborated with non-virtual rapper Gunna on ‘Florida Water,’ which is now stripped from Spotify but still available on YouTube (as of this article’s publication).