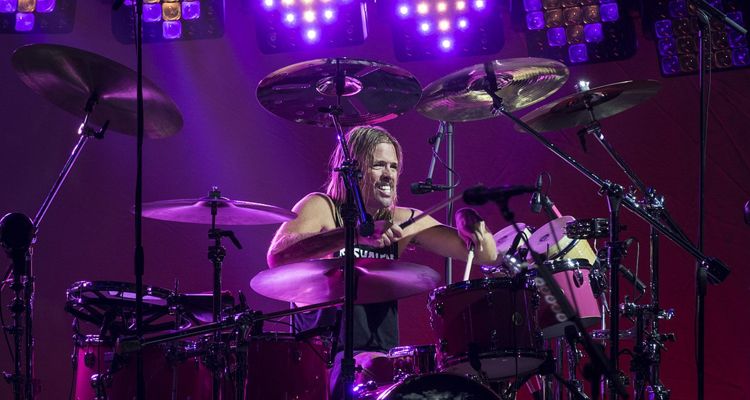 Yet another Ticketmaster mess unfolds as fans are outraged over mass Taylor Hawkins tribute gig cancellations.

Foo Fighters fans were devastated and confused to find their tickets for the upcoming Taylor Hawkins tribute concert were inexplicably canceled. The show is due to take place on September 3 in London’s Wembley Stadium — one of two performances by the band in tribute to the late drummer Taylor Hawkins, who passed away in March this year.

Many fans received an email from Ticketmaster or GigsandTours informing them their tickets had been canceled, citing “booking irregularities” as the reason. Now, the ticketing platforms claim it was an effort to stop ticket resales and that “genuine fans” can repurchase the same ticket — but many are still waiting to see if the money they paid for the tickets the first time will be refunded.

“I purchased four tickets during the presale, the money left my account, and I got a confirmation email. Then, on Wednesday, I got an email saying they had been canceled,” says Heidi Silver from Arlington, Virginia, who has spent thousands for non-refundable flights and accommodations to attend the concert. “Obviously, I panicked and started following all the right protocols to find a resolution, but there is no customer service number for Ticketmaster. The TicketmasterCS Twitter account even asked me to stop tweeting them.”

“This is a one-off gig that meant the world to me to pay my respects,” says Christopher Newman from England’s Solihull. Christopher is one of many Foo Fighters fans for whom this is a once-in-a-lifetime opportunity to pay tribute to a beloved band member known for his incredible solos, drumming, and singing skills. Newman says that Ticketmaster cited booking irregularities as responsible for canceling his tickets.

“I am sure the band themselves will be upset knowing that their one time to pay respects to their fallen brother has turned to chaos just weeks before,” he continues.

More than 40 people on Twitter have reported having had their tickets canceled, all citing booking irregularities. Ben Wiloughby has started a Twitter group for those affected so they can attempt to get assistance from Ticketmaster customer service en masse.

“The customer service is useless and just blames us and if you actually manage to get further with them, they go on to blame the concert promoter,” Wiloughby explains. The concert promoter, SJM, owns well-known ticket provider GigsandTours, who have similarly been canceling fans’ tickets.

“In a bid to stop touts, the event organizer implemented a safeguard that canceled any tickets where ticket limits had been exceeded or suspect purchase behavior was identified,” says a spokesperson for Ticketmaster. “Any genuine fan who had a ticket canceled can re-book the exact same ticket at the exact same price, and all impacted customers have been notified in how to do so.”

It’s still unclear how many tickets have been affected by the cancelation. Many have still not been reimbursed for their canceled tickets, so it remains to be seen whether fans will be able to purchase their tickets again or if the incident will force them to miss out.